What do these have in common? Sounds like a question on Jeopardy. There is some bad and good news as part of this.

Adam Saxton and I were not able to travel to Europe this past week to speak at Europe PASS.  A little volcano in Iceland got in the way. We tried our best even securing a flight to Barcelona to hopefully get there by train but those flights eventually got canceled as well.

The new SQL Server 2008 R2 BPA is based on the new Microsoft Baseline Configuration Analyzer (MBCA) v2.0 . We hope to release the free downloadable package to the web in early Summer of 2010. Here are a few facts about the new BPA and some sneak peek at screenshots (the details are subject to change):

Here are a few screenshots (the overall look and feel will be like this but the details as shown here are subject to change before we release): 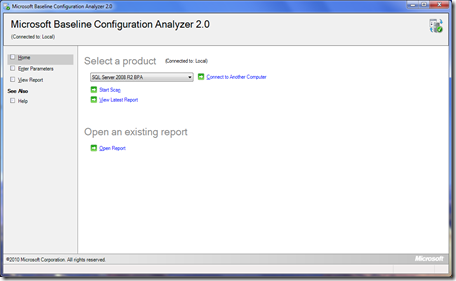 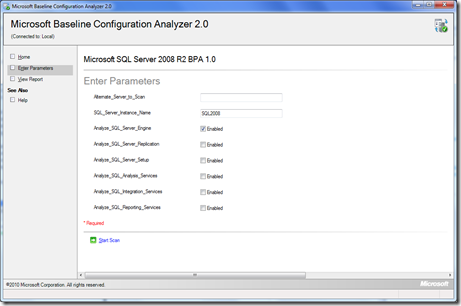 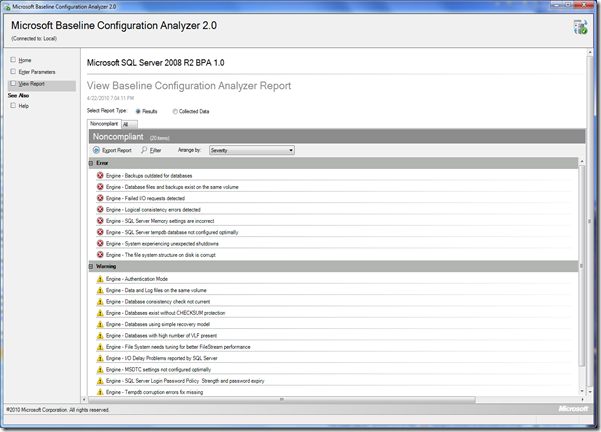 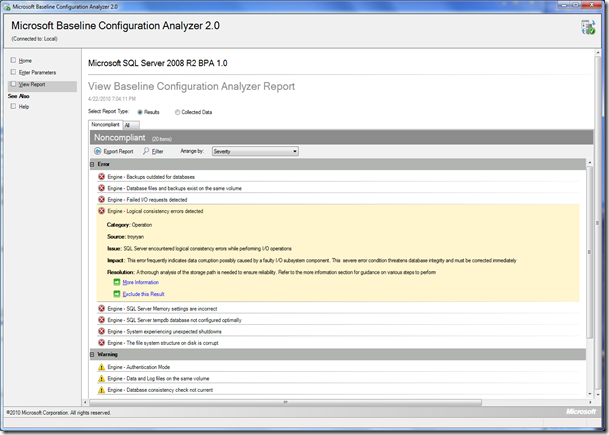 Look for more posts on this blog with the tag SQLBPA in the coming months as we move toward ship.