We get our fair share of cases related to SQL Server running ( or not running) on a Windows Cluster.  I had one of them recently where the customer was seeing different authentication modes for SQL Server depending on which node of the 2-node cluster that it was online on. The Errorlogs document this behavior clearly as follows

Finally when they fail back to P1, SQL came online in Mixed Mode

The only recent change to their SQL Server environment was that they applied Service Pack 3 a couple of weeks back but they had not tested failover till this weekend – which is when they ran into this issue.

The behavior clearly indicates that there is something amiss between the two nodes of the cluster. I had just started to compare the registry keys between the nodes, when my colleague Adam Saxton suggested that this might be a problem with checkpoint not getting applied. 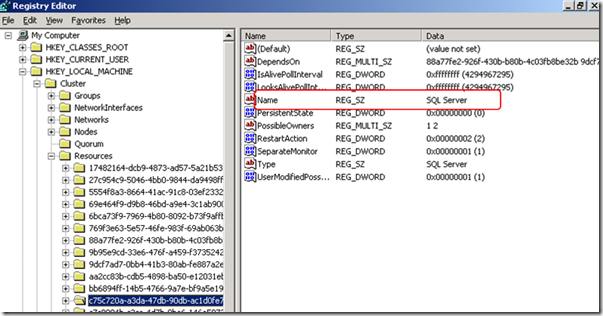 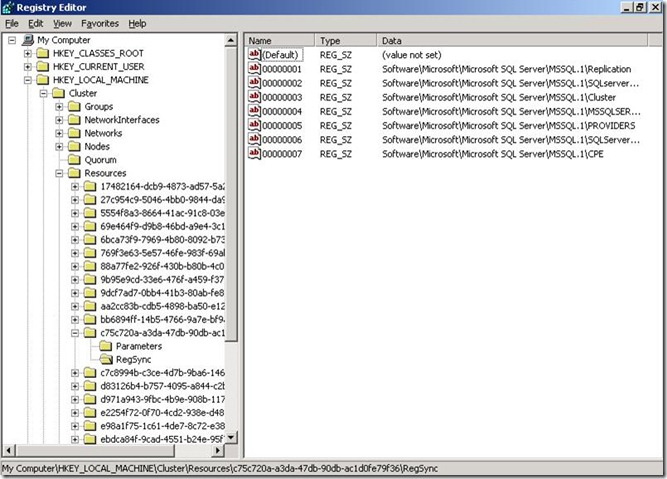 If you are curious as to where these files actually reside, they are under the Quorum drive in the folder Q:\MSCS\<SQL Server GUID>

In this customer’s case we only had one key :- 00000007. Since the customer was clearly missing the checkpoint files, we had to recreate them by following these steps:-

At this time you should see some new .CPT files created under Q:\MSCS\<GUID>\ indicating that the checkpointing is now working as expected. The next step is to attempt failover to the passive node, during which the checkpoint file shall get applied there and then SQL Server shall come up with Mixed Mode authentication on it as well.