Today’s post is by Sergio Clemente Filho – a developer on the SQL Server Integration Services team.

One of the first new things you will notice in the solution explorer when you create a new SSIS project (opening existing SQL Server 2008 R2 or previous versions will not show this node, unless you convert the project to “Project Deployment Model”) is the “Connection Managers” node (See Figure 1). This is a new feature in Denali that allows sharing connection managers across multiple packages. 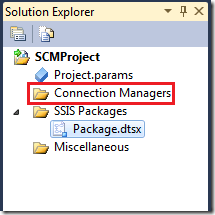 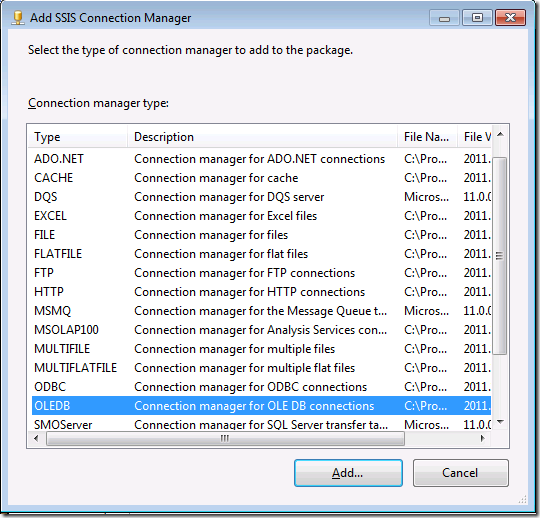 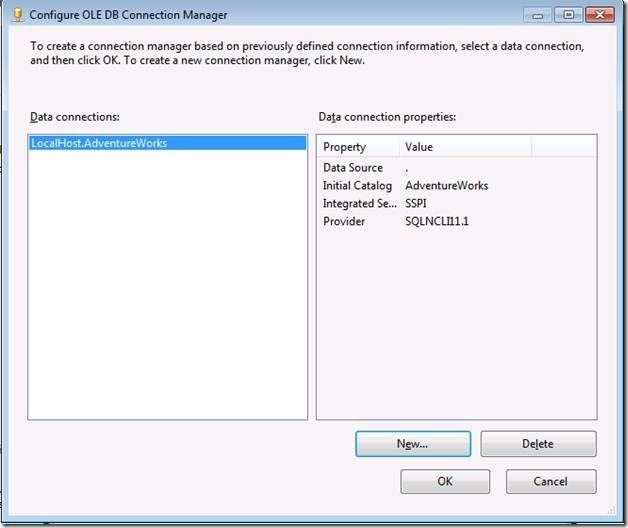 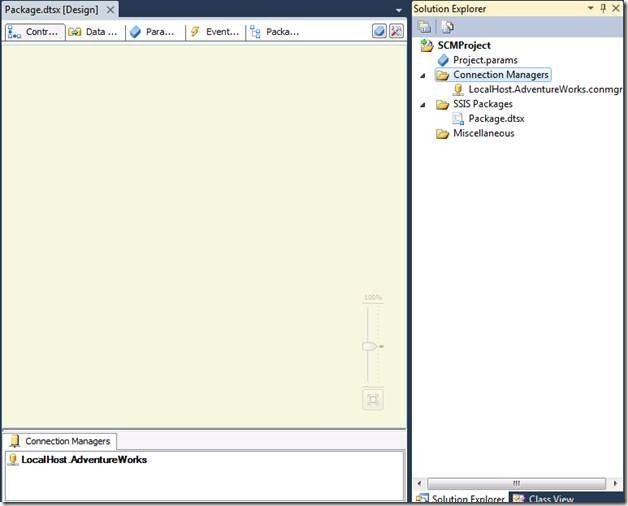 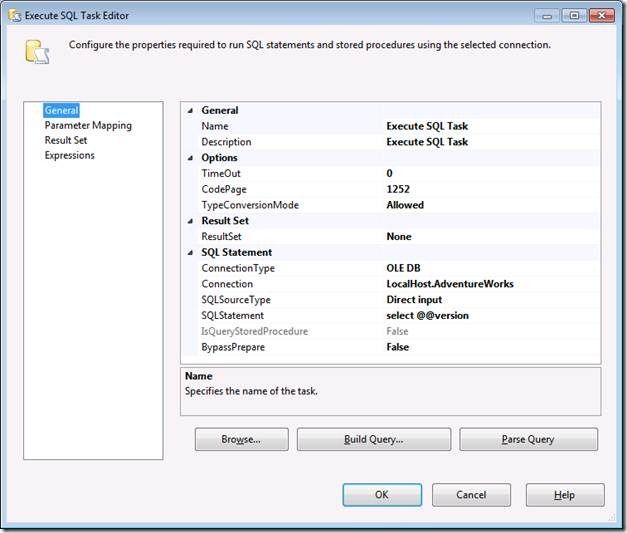 The package should successfully run as shown in Figure 7 . 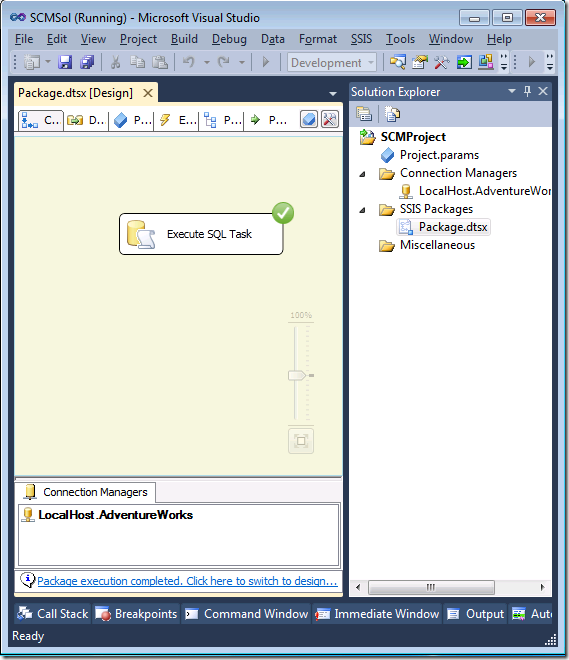 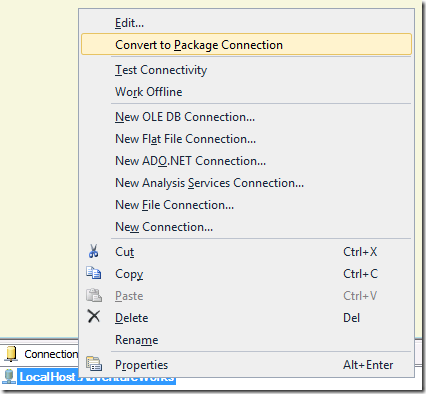 · Line 9: Creates an OLEDB project connection with the stream name “Connection.conmgr”. The two arguments of the ConnectionManagerItems.Add are explained below:

o Stream name: An unique file name that ends with the suffix “.conmgr”. The name cannot have more than 128 characters.

· Line 10: Sets the name of the underlying runtime object. cmi.ConnectionManager is a reference to a ConnectionManager object ( http://msdn.microsoft.com/en-us/library/microsoft.sqlserver.dts.runtime.connectionmanager.aspx ... )

Imagine I have the following parent package as it can be seen in Figure 9:

- Contains a data flow that populates a cache connection manager that is at project scope. 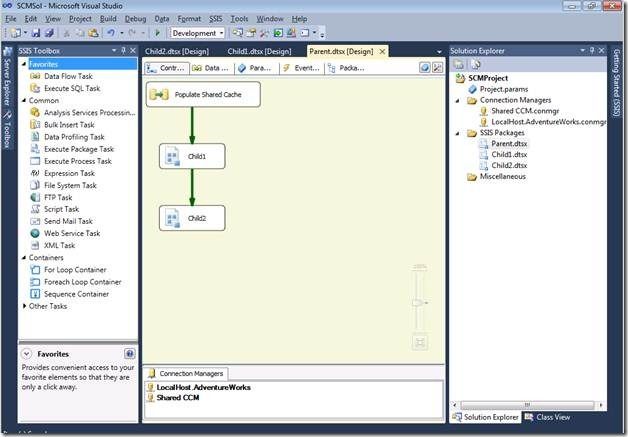 The data flow of the parent it’s pretty straightforward and it’s shown in Figure 10. The OLE DB Source retrieves all columns from the table Person from AdventureWorks database and the cache connection managers will contain all columns and will index FirstName and LastName with indexes 1 and 2 respectively. 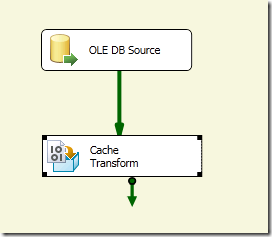 Once this is done, the child packages can reference the project connection manager named “Shared CCM” and use them. 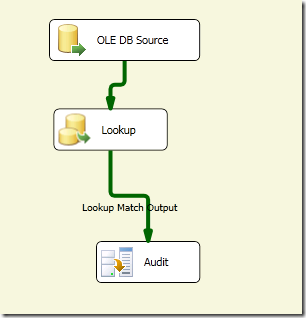 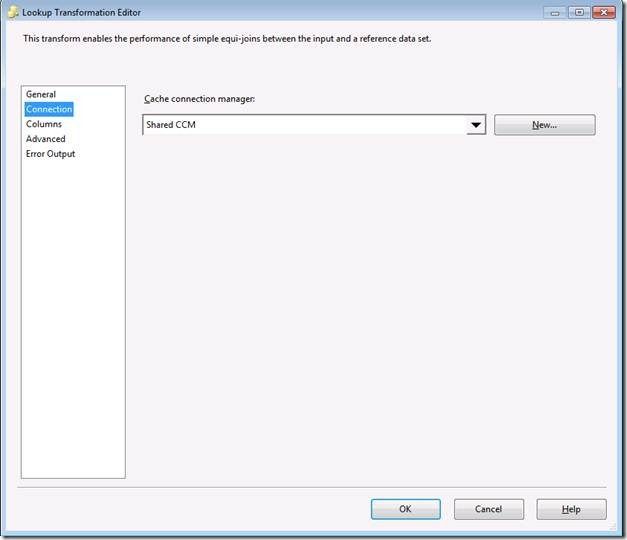 · Expressions are not supported on project connection managers. BIDS will hide the expressions option in the property grid.

· Logging might not always work. There might be scenarios where if you log on a project connection manager the logging won’t appear in the package logging

These existing issues should be addressed before RTM