Languages supported by DQS for Cleansing and Matching

Languages supported by DQS for Cleansing and Matching


Data Quality Services (DQS) internally stores the domain values in a knowledge base in the Unicode format, and uses the trigram algorithm, which is language agnostic, to compare the domain values with your source data for the cleansing and matching operations. Therefore, you can practically use DQS to cleanse and match data in all the languages that are supported by the Windows operating system.


OK! But, why do you have limited set of language options while creating a string domain?


While creating a string domain in DQS, one can specify the language for the domain. 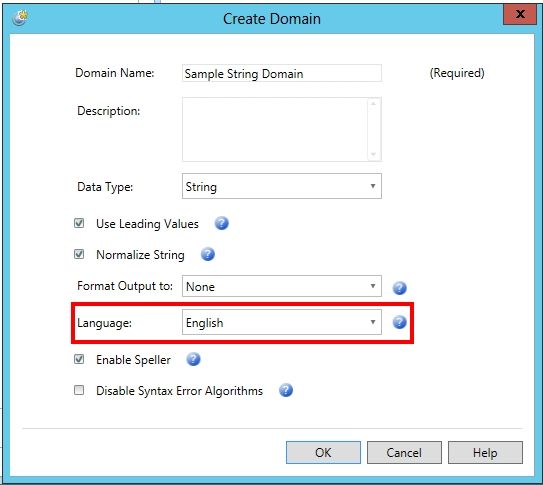 
However, if you have values in a non-listed language (for example, Greek, Chinese, and so on), you must select Other from the Language drop-down list.


NOTE : Selecting Other from the Language drop-down list disables the Speller feature for the domain.


Does collation setting impact the cleansing/matching in DQS?


However, if you are not sure about the comparison rules in a collation, you must install DQS with the default server collation, and things should work fine for you. For more information about installing DQS and specifying collation settings, see here .