How to design your SSIS package with ODBC connection on Windows and run it on Linux?

How to design your SSIS package with ODBC connection on Windows and run it on Linux?

First published on MSDN on Jul 13, 2017
Before we start, let us consider below questions:


Ok. In order to answer these questions, let's take a very simple example: move data from MySQL to SQL Server. Both of MySQL and SQL Server are running on different Linux machines. How does it happen? We should follow these steps one by one:

So far, SSDT only supported Windows platform. All package design and validation happen on Windows machine.

Our example is simple, we only need one OLEDB Destination for SQL Server and ODBC Source for MySQL. Of course, you can add any tasks or transformations between them. 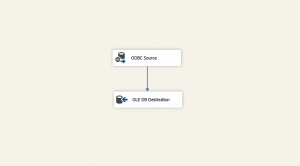 In configuration of ODBC connection, we have two options: 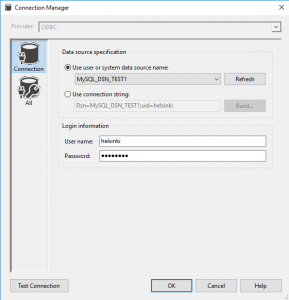 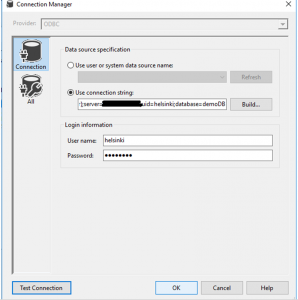 The prerequisite of either option is that we need to install the same version MySQL driver for Windows platform. The reason why we should do this is that we design package on Windows by SSDT and SSDT only knows database driver on the same machine.

Step3: Create DSN on Linux if you use DSN in ODBC connection string.

Don't forget to install the same version MySQL driver on Linux. Finally we will run SSIS package on Linux.

By the way, we should install 32 bit driver on Windows, but 64 bit on Linux. That's historic problem of SSDT. We won't discuss it here.

If you use DSN in ODBC connection string, please create the same DSN on Linux.

Step4: Copy your SSIS package to Linux and run.

After above configuration, we can copy the SSIS package to Linux machine by some tools like WinSCP.

In the end, we run SSIS package by Dtexec.

Although we only can develop SSIS packages on Windows and run it on Linux, package with ODBC connections can be seamlessly migrated from windows to Linux without any changes. What you should do is to install ODBC driver on both Windows and Linux with the same version.
0 Likes
Like
1 Comment