Original program (JBH373) was announced as an arry sample program in a forum thread Array Project Ideas by Davey-Wavey in 2010.  I modified a little and published as JBH373-2. 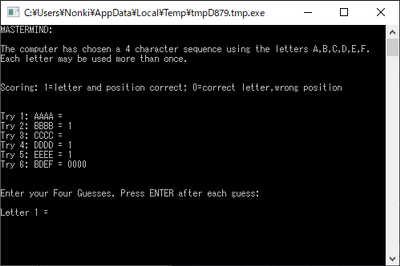 The program (JTB646) is introduced by rubikWizard in a thread My first SB program - a few questions in 2011.

This Dutch version of a program (MKR454) was written by boschg and announced in a thread SmallBasic program: Mastermind Full graphic game in 2014.  I translated this version to English and published as MKR454-0. 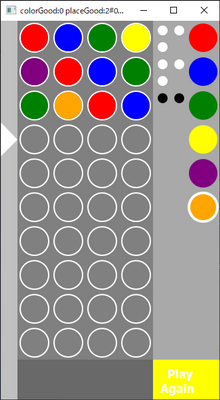 This program is Mastermind solver written by Coopsyp in 2015.  And introduced in a thread Nominate games (or other programs) here to get featured on our Blog! (PART 2). 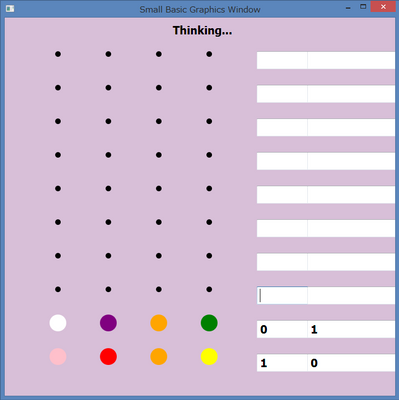 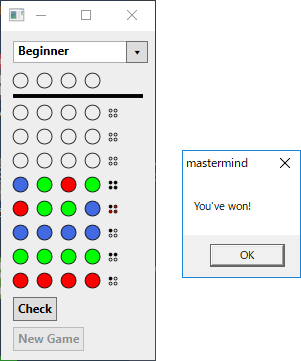 The program is written by Justaname21 and introduced in Need help with resetting my small basic Mastermind code in 2018.  And I modified this program and published as XJJ228. 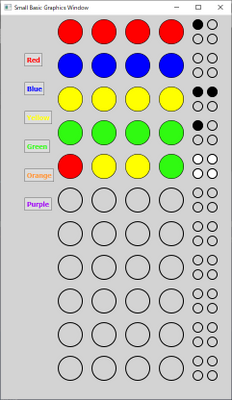 There are at least 6 Mastermind programs written in Small Basic.  I think Mastermind is a medium level to write.  How about to write your own Mastermind game?  In my case, how to count same color but not same place pegs was little difficult.  Have fun with your code!