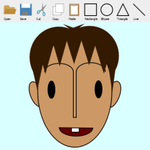 Today I'd like to introduce a thread "Georges Lemaitre and one of his favorite problems for his new students at university" posted by Eddy Abts.

Georges Lemaitre had his accommodation just below mine at the university. He had calculated and developed the theory of the expansion of the universe on a Moon-Hopkins mechanical calculator. A similar calculator is still at the university of Namur in Belgium. The majority of people (even wikipedia) only remember the name of one of his dementors who said, it’s like there was a big bang ... He was a catholic priest  and he told us he could talk about experience and work of the past, but that we young people could not predict the future. Often the very actual moment seemed simple and as an example he asked us to calculate a small problem. We only had some slide rules, logarithm books, and paper and a pencil. We had a week to solve this nightmare.  A decade later I won a small HP25 calculator with 50 program steps in an HP competition, solving this problem. An unpayable machine for me at that time proving the power of the first handhelp calculators bringing computers inside our homes. With the power of small basic today I present this problem to you.

You just need to calculate the distance between the wall and a ladder so that the ladder touches the palette and the wall at the top. As an example, the length of the ladder is 5 meters and the palette of bricks 1.5 m in height and 1.2 m in width. 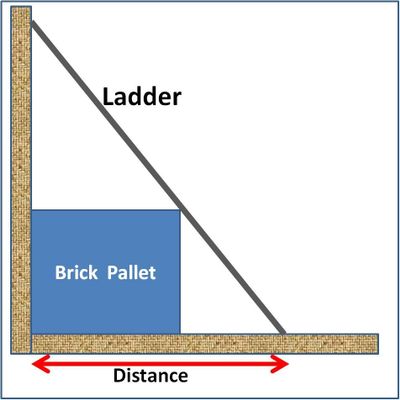 Some people already tackled this problem with their own approaches. I felt this problem is very interesting.  Can you find your answer with or without Small Basic?