Turn on suggestions
Auto-suggest helps you quickly narrow down your search results by suggesting possible matches as you type.
Showing results for
Show  only  | Search instead for
Did you mean:
Skype for Business on Mac February Update (16.15) Released
By 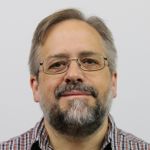 Skype for Business on Mac marches on with our February monthly update, version 16.15!  We've been working hard on fixing bugs and improving meeting join reliability, so everyone will notice changes with this update, including:

The January update increased the speed of joining meetings, but we smoothed out the user experience in this release. There is no more flashing between black background and white background, especially when joining a meeting from outside of your organization.

Join meeting audio with Call me at

If you're enabled by a conference policy to join audio by having the meeting call a phone number, you will now be able to choose Call me at in the Join Meeting Audio dialog box before joining a meeting.  This was a pain point for customers who were not enabled for Enterprise Voice.

Joining a meeting without audio 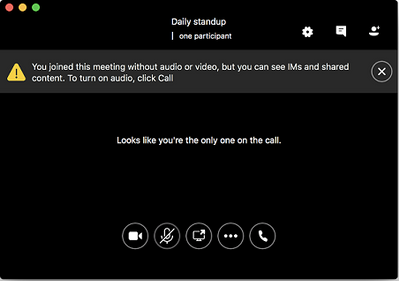 Skype for Business window when you join a meeting without audio.

Other Improvements and bug fixes

We've also been investigating issues where users can't see screen sharing in meetings and see a black screen instead.  We've found several bugs that can result in the same symptoms.  The January and February updates have fixes for several issues.  If you've experienced this problem, you will notice the frequency of it is much reduced.  We'll have more fixes coming soon to eliminate the problem altogether.

If you're a current SfB on Mac user, click Help/Check for Updates and install the latest.  If you're a new user, go to http://aka.ms/sfbmacdownload to get started!