Lync and Skype for Business Server Base OS Upgrade Supportability 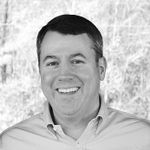 Lync and Skype for Business Server Base OS Upgrade Supportability

With the imminent end-of-life of support for Windows 2008 and Windows 2008 R2, we’ve received questions from customers surrounding the supportability of upgrading the base OS with Lync or Skype for Business Server installed on it.  With this in mind, we wanted to provide a few key points in this area.

Attempting to do so will cause problems, up to and including catastrophic failure of the pool.

The recommendation is to build a new pool to replace the existing pool and move users to the new pool.  The previous hardware or resources can be used once the old pool has been drained of all users and workloads; this is known as the 'swing' upgrade method.  Effectively, it would be a similar process to migrating Lync or Skype for Business Server versions.

Migrating to Skype for Business Server 2019

When you plan which pools to pair, you must keep in mind that only the following pairings are supported: