Turn on suggestions
Auto-suggest helps you quickly narrow down your search results by suggesting possible matches as you type.
Showing results for
Show  only  | Search instead for
Did you mean:
Interview with a Lync Pro: Randy Wintle
By


The Microsoft Lync Server technical community is full of knowledgeable IT professionals who work tirelessly to share their wealth of experience and expertise with the world. They blog, tweet, deliver presentations, and answer questions in the forums to help foster expert knowledge for administrators and IT Pros in every corner of the globe.


In mid-2011, I decided to use my own blog, Justin Morris on UC , to interview and learn from these noteworthy individuals who consistently go the extra mile to help all of us better understand Microsoft Lync Server. The series has now moved to the NextHop blog, and for my first post on NextHop, I interviewed Lync MVP, Randy Wintle, from Unify Square to find out how he got into IT and why he loves Microsoft Lync.


What's your technical background? How did you end up where you are today?

I grew up around technology. My father was a network engineer with a CCNP, so networking and other technology was always a big part of my life. Funny enough, when I was younger, I actually swore I would never get involved in IT, because of all the on-call hours and long days my dad had to work. Funny how that worked out! I went to college to study information technology. Then I picked up a job doing help desk and server administration, and things just kind of took off from there. I started out consulting doing SCOM work, and working with a data center environment. I used to spend hours crimping cat 5 cable in a cold, noisy data center. 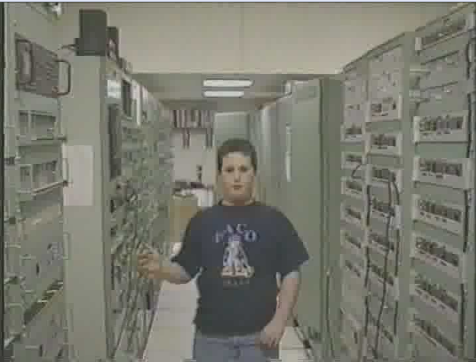 
Can you tell us what your position at Unify Square entails?


At Unify Square, my job is to design and implement Microsoft Unified Communications (UC) Solutions for large enterprises. A lot of this lately has been PBX replacement planning with Lync. We typically play a role that focuses on design and guidance, but I still get my hands dirty most days installing servers and troubleshooting occasional big issues.


What made you get into UC and a specialization in Lync Server?


There are a couple of issues I solved in the past that stand out as particularly complex.


Microsoft documented the process, and provided a series of scripts to migrate this data prior to installing Communications Server or Communications Server 2007 R2 in the environment. However, a couple of bugs were discovered, which essentially took down a 40K user pool that was live in production.


Through some troubleshooting, we identified two problem areas:


To begin with, the scripts, although they had completed successfully would not confirm that the migration was successful. You had to run them a second time to get a confirmation. This was scary to do with migration scripts in production.


Secondly, the documentation required you to manually delete the old data from the Systems container in Active Directory. The problem was that Live Communications Server services would not start if the data existed in both places, resulting in an outage.


So we solved the issue through some trial and error, and finally by deleting the data from the system container. In the process, we were able to help Microsoft correct the documented process. More on that here: LCS 2005 SP1 Migrating Global Settings from System Container to Configuration Container .


Then there was another issue, more recent and involving Lync. We had a strange situation at a customer site, in which some users were not able to make external audio calls. When analyzing the logs, we saw media allocation to the A/V Edge Server was not happening. It was weird because they were going through the MRAS process as expected and able to connect to the A/V Edge on the required ports for allocation.


In the end, this turned out to be a configuration issue. Someone mistakenly configured the wrong A/V Edge association, resulting in some bizarre behavior where a user would get authentication credentials from one server, but try to allocate at another. Additional details on that issue can be found here: What happens when you’re A/V Edge Is Misconfigured: STUN/TURN .


If you could think of one feature you'd like included in the next version of Lync, what would it be?


I’ll have to go with a full-featured mobile platform. I know it will come when the time is right. J


Lately, especially since I wrote the Microsoft Lync Server 2010 Resource Kit chapter, External User Access, which focused on Edge Server, I have a greater understanding of Edge. Edge Server is a complicated beast, and I am proud to say I understand most of it, or at least I think I do.


Your blog covers everything from mobility, to SBAs, to reverse proxies. When did you start it and what direction has it taken?


My blog started out as a place to put information for my peers at my previous job. When I was doing implementations, I would just write about everything I ran into. Eventually, I moved this to my own personal platform and started promoting myself as a blogger. Lately, I have reduced the number of posts, as I am focusing on producing quality posts for real world issues. My mission has always been to provide guidance for issues that are not documented, or issues with which admins are struggling. My most popular post to date is my guide on publishing Lync through Microsoft Threat Management Gateway 2010, I actually posted this when Communications Server 2010 was in beta, but it still drives the largest number of hits to my blog each day.


Where are you from and what do you think makes your hometown/city great?


I currently live in Standish, Maine. I grew up in Portland, Maine and just bought my first house in Standish. Standish sits along Sebago Lake in Maine--it’s a beautiful area. Maine’s tagline is “vacation land” and it truly is. The summers in Maine are amazing. As long as you avoid the big tourist crowds, you can really have some fun here. Portland is quite an amazing city. It’s very small, but has a so much packed into it, tons of foodie restaurants, unlimited bars, and a great place for the arts.


Well, I am a proud father of a 16-month-old boy, so that really is what I do now on the weekends. I wouldn’t have it any other way though! Having a kid is a great way to never be bored. The only other thing I dare mention as a hobby of mine is watching the Boston Bruins. 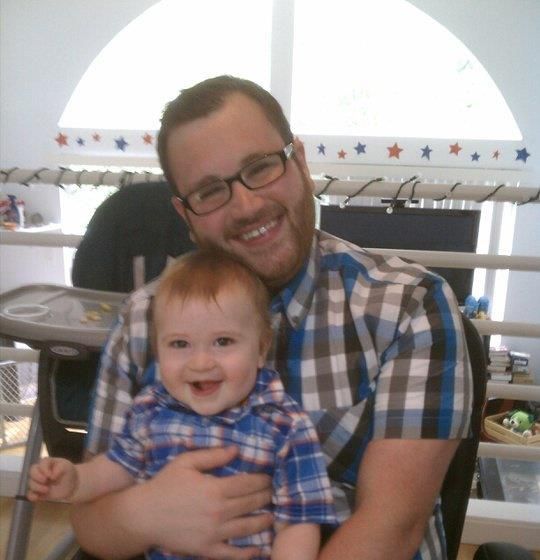 Proud father, Randy Wintle, with his young son. Check out those matching shirts!


Thanks a lot for participating and being our first Lync Pro to be interviewed on NextHop, Randy!