In this blog, I discuss the improvements made to RemoteApp programs in Windows Server 2012 R2—specifically, adding full support for transparent windows, improving the application move experience, providing live thumbnails, the ability to disable these features, and adding support for ClickOnce applications.

New to Windows Server 2012 R2, the alpha-channel information (which provides transparency) is sent from the server to the client where it is applied in conjunction with the local applications. The end result is that we now provide full support for transparent windows, which can greatly improve the look and feel of applications that leverage transparency to provide a smoother experience. This includes Office 2013 applications that have transparent border windows and pop-up notifications that slowly fade away. Transparency in applications now appears the same whether they are running locally or from a remote system. 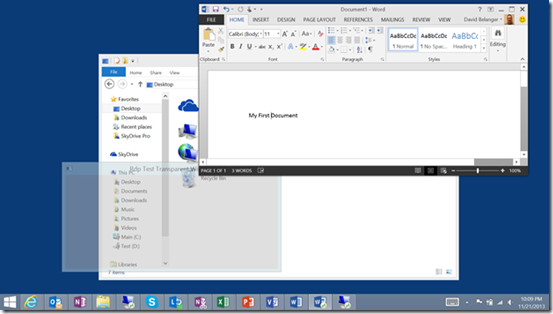 The second benefit is a greatly improved experience while moving or resizing an application. First, there are no artifacts when an app is being moved or resized. Secondly, the content of the window remains visible as the application is moved, behaving the same as a local app.

RemoteApp programs on Windows Server 2012 R2 now provide live thumbnails and show a preview of the entire application when you hover over the thumbnail in the taskbar. With these new improvements, RemoteApp programs behave like local apps and make it easier to transition from one app to the next quickly. Note: Some applications such as Internet Explorer may not show thumbnails. 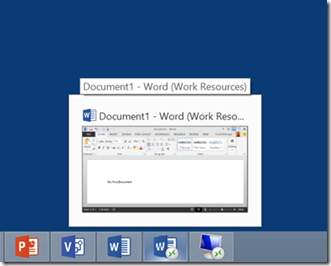 Figure 2: Thumbnail of Microsoft Word 2013 running as a RemoteApp

In some scenarios, for example if users keep multiple applications maximized that have continuous screen updates, the features mentioned in this blog could lead to an increase in memory and bandwidth usage, which could impact high scalability. If performance is more important than these improvements and this is a core scenario for your users, it is possible to disable these improvements by setting the following Group Policy setting to Disable :