Turn on suggestions
Auto-suggest helps you quickly narrow down your search results by suggesting possible matches as you type.
Showing results for
Show  only  | Search instead for
Did you mean:
Reduce your potential attack surface using Azure ATP Lateral Movement Paths
By 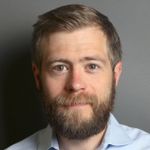 Azure Advanced Threat Protection (Azure ATP) provides invaluable insights on identity configurations and suggested security best-practices across the enterprise. A key component of Azure ATP’s insights is Lateral Movement Paths or LMPs. Azure ATP LMPs are visual guides that help you quickly understand and identify exactly how attackers can move laterally inside your network. The purpose of lateral movements within a cyber-attack kill chain are for attackers to gain and compromise your sensitive accounts towards domain dominance. Azure ATP LMPs provide easy to interpret, direct visual guidance on your most vulnerable sensitive accounts, assists in helping you mitigate and close access for potential attacker domain dominance.

Where can I find Azure ATP LMPs?

Every computer or user profile discovered by Azure ATP has a Lateral movement paths tab.

The LMP tab provides different information depending on sensitivity of the entity:

When you click the tab, Azure ATP displays the most recently discovered LMP. Each potential LMP is saved for 48 hours following discovery. You can view older LMPs by clicking on view a different date.

From the Activities tab, we’ve added an indication when a new potential LMP were identified:

LMP can now directly assists with your investigation process. Azure ATP security alert evidence lists provide the related entities that are involved in each potential lateral movement path. The evidence lists directly help your security response team increase or reduce the importance of the security alert and/or investigation of the related entities. For example, when a Pass the Ticket alert is issued, the source computer, compromised user and destination computer the stolen ticket was used from, are all part of the potential lateral movement path leading to a sensitive user.

The existence of the detected LMP makes investigating the alert and watching the suspected user even more important to prevent your adversary from additional lateral moves. Trackable evidence is provided in LMPs to make it easier and faster for you to prevent attackers from moving forward in your network.

Security insights are never too late to prevent the next attack and remediate damage. For this reason, investigating an attack during the domain dominance phase provides a different, but important example. Typically, while investigating a security alert such as Remote Code Execution, if the alert is a true positive, your domain controller may already be compromised. But where did the attacker gain privileges, and what was their path into your network? How can the attack be remediated? These are critical questions to answer in order to remediate the attack, recover and prevent the next one.

Assuming your network architecture is standard, the compromised user running remote commands on the domain controller must be a sensitive user. As a sensitive user, Azure ATP has mapped and identified their potential LMPs. In a case where this user account is already compromised and succeeded at running commands on a domain controller, LMP is a fast, effective method to understanding. How did the attacker gain user credentials? How did they achieve lateral moves in your network towards domain dominance? Although LMPs are only potential methods, combining LMPs with security alerts can provide invaluable insights into how attackers were able to use lateral moves within your organization to achieve their goals and the steps you need to take to prevent them in the future.

LMP data is also available in the Lateral Movement Paths to Sensitive Accounts report. This report lists the sensitive accounts that are exposed via lateral movement paths and includes paths that were selected manually for a specific time period or included in the time period for scheduled reports. Customize the included date range using the calendar selection.