My name is David Bélanger, and I’m a program manager on the Remote Desktop team working on Remote Desktop apps. Back in April, we released the first version of the Microsoft Remote Desktop Preview app for Windows Phone 8.1 and we’ve been adding new features ever since.

First, I want to say thank you for all the great feature requests you’ve added and voted for on our new uservoice site. Please keep the feedback coming as it will help us ensure we are building the app you want to use for your daily remote desktop tasks.

As we continue working on popular enterprise features like Gateway, RemoteApp and Desktop Connections and the new Microsoft Azure RemoteApp service due later this year, our updates will include a few other features. With that said, this blog highlights the changes we’ve made to the app which will be available from the Windows Phone Store later today.

To get started with Cortana , the Windows Phone personal assistant, we’ve added voice commands allowing you to quickly connect to a desktop you’ve previously added by using the display name (the name that appears on the desktop thumbnail in the "desktops" page).

For example, if your Connection Center looks like the one below, you could give Cortana the following commands: 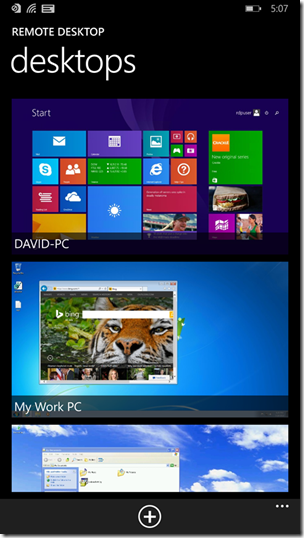 Figure 1: Example of a Connection Center showing the display names.

Have some thoughts on cool ways we could integrate more deeply with Cortana? We’d love to see new suggestions on our feature request site.

Phone will remain unlocked while in a remote desktop session

Another change we made based on the feature requests we received is to prevent the phone from locking while in a remote desktop session. This will make it easier to monitor a PC over a long period of time.

The Remote Desktop app is also available on your other devices ( Windows 8.1 , iOS , Mac OS X , and Android ).