Turn on suggestions
Auto-suggest helps you quickly narrow down your search results by suggesting possible matches as you type.
Showing results for
Show  only  | Search instead for
Did you mean:
Announcing the Public Preview of Attack Simulator for Office 365 Threat Intelligence
By

Security solutions focus on protection, detection, and remediation.  These capabilities are what customers require and value for best in class security.  In this context, one of the most effective forms of protection is achieved through threat prevention.  With this in mind, we are excited to announce the pre-release preview of Attack Simulator for Office 365 Threat Intelligence as part of the Office 365 Universal Preview Program beginning February 21, 2018!

The ability to prevent the adverse impact from threats before any security is required is ideal.  Prevention is only possible through training and preparation of end users against the variety of threat scenarios that impact organizations.  Last year we launched Office 365 Threat Intelligence as a tool to help organizations become more proactive with their cybersecurity.  Attack Simulator is the perfect feature to support the goal of greater proactivity for security.  With Attack Simulator, admins can launch simulated attacks on their end users, determine how end users behave in the event of an attack, and update policies and ensure that appropriate security tools are in place to protect the organization from threats.  This preview of Attack Simulator includes three attack scenarios:

The Office 365 team is looking for customers interested in providing feedback on new service offerings before they are released to General Availability. To preview Attack Simulator for Office 365 Threat Intelligence begin an Office 365 E5 trial starting the week of Mar 19th.  Also, current users of Office 365 E5 or Office 365 Threat Intelligence will also see the preview of Attack Simulator beginning the week of Mar 19th.   Both current subscribers and those beginning a trial will see the ‘Attack Simulator’ node appear under ‘Threat Explorer’ in the Office 365 Security and Compliance Center (figure 1).  The Universal Preview Program (UPP) was very popular and unfortunately has reached capacity and many of you have noted that the promo code is no longer active.  Due to the strong demand, we are now enabling the preview of Attack Simulator through the standard Office E5 trial. We apologize to our customers who tried to sign up for the UPP this week an were unable to. 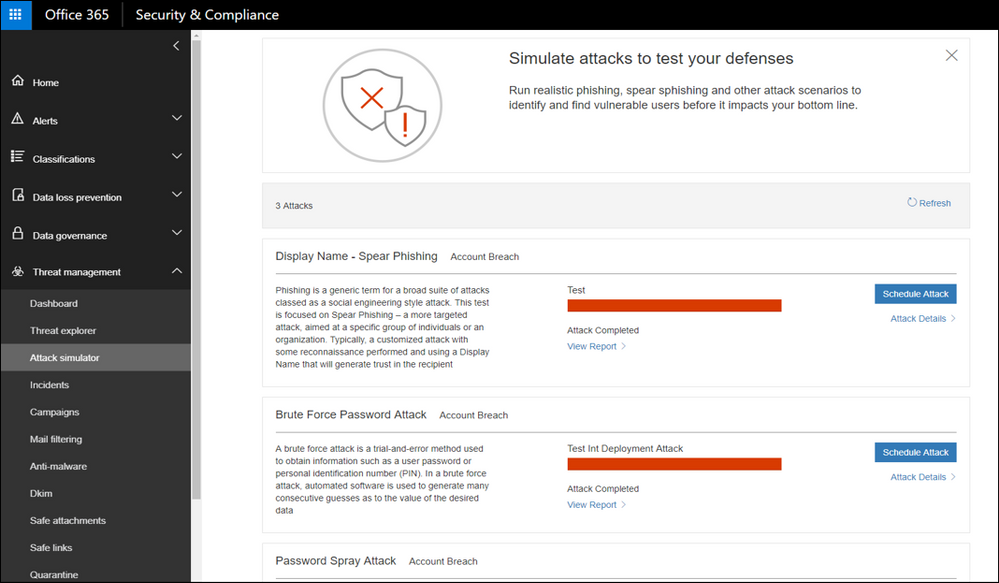 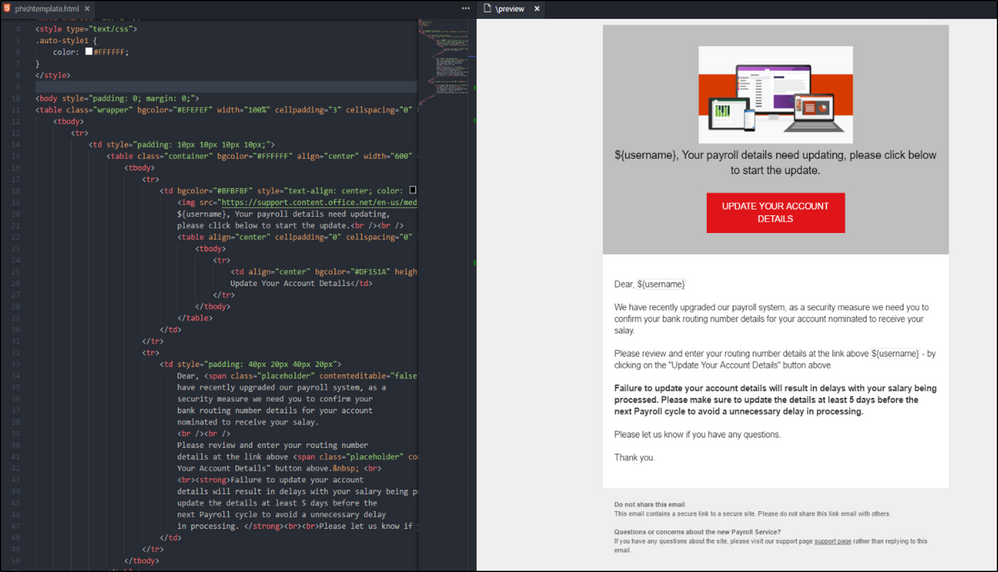 For example, Office 365 scans 400 billion emails every month, of which, some are malicious spear phishing emails.  Attack Simulator crafts simulated spear phishing emails based on this real data, ensuring end users have the most realistic experience of an attack.  The user response and behavior when under attack is captured and reported to the admin.  This provides invaluable data on how to better secure the organization through updated security policies or services. With Attack Simulator, admins can help train all their end users, and especially those who are most targeted.

It is likely that the greatest risk of a breach to an organization is through users who are most targeted. With Office 365 Threat Intelligence admins gain visibility into the most targeted and potentially most vulnerable users.  Using Attack Simulator, admins can launch simulated threats targeting those very same users. This will provide the most targeted users with additional training and provide admins feedback on how those users behave during an attack, enabling admins to optimally update policies and security protocols.  By potentially reducing the risk from threats to the most targeted users, admins can help reduce the risk to the overall organization.

Begin Your Journey Towards Threat Prevention