First published on MSDN on Mar 07, 2017
Windows 2016 has been released by Microsoft and is now Generally Available for any SAP NetWeaver 7.0 or higher components. Release information can be found in SAP Note 2384179 - SAP Systems on Windows Server 2016

This blog discusses the relevant SAP Notes and release information. For the official release status of individual SAP applications can be found in the SAP Product Availability Matrix (PAM).

Windows 2016 includes many features deeply integrated into the Azure public cloud platform. SAP on Windows 2016 is simultaneously released for on-premises deployments and on Azure cloud deployments

SAP only supports Windows Server 2016 64bit LTSB with full GUI (Desktop Experience). More information about LTSB vs. CBB and the different versions can be found here .

The screenshot below shows the SAP PAM selection screen and supported 7.2x based kernels that are supported on Windows 2016. 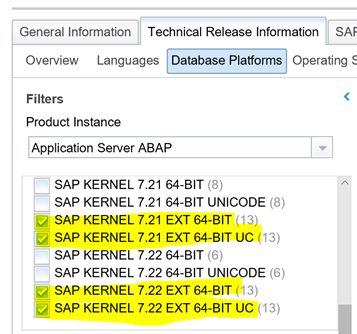 This allows SAP customers to leverage the security and high availability features built into Windows for Suite on Hana, BW on Hana and S4 Hana deployments.


Powershell 5.0 – Many new PowerShell cmdlets for Networking and Hyper-V

It is required to read the following OSS Notes before installing SAP applications on Windows 2016:

2356977 - Error during connection of JDBC Driver to SQL Server : This error will prevent Java based systems on SQL Server from installing on Windows 2016

1869038 - SAP support for ReFs filesystem : It is supported to use ReFS instead of NTFS as of Windows 2016 (only for SAP application server and SQL Server at this time)

2055981 - Removing Internet Explorer & Remotely Managing Windows Servers : It is recommended to remove any non-essential software from Windows servers. This procedure works on Windows 2016