Turn on suggestions
Auto-suggest helps you quickly narrow down your search results by suggesting possible matches as you type.
Showing results for
Show  only  | Search instead for
Did you mean:
SQL 2012 is Released & Running Live at Wei Chuan Foods Taiwan
By

Microsoft released SQL Server 2012 earlier this month.  SQL Server 2012 has many features and benefits for SAP customers.  This Blog will discuss the implementation of SQL Server 2012 at Wei Chuan Foods Taiwan.  This blog will also advise the current release status of SQL 2012.

The Case Study detailing the Wei Chuan Project is released and available.

What is First Customer Shipment Program?

Microsoft & SAP have worked together to release 6 or 7 versions of SQL Server over the last 16 years.

During the Development of SQL Server releases SAP receive updated builds to test and validate SAP application compatibility with new SQL Server features.  In addition there are a team of Microsoft & SAP Development & Test engineers in SAP HQ in Germany working on components such as the SAP Installation DVDs.  The objective is that when a new version of SQL Server or Windows is released, SAP customers are immediately able to benefit from the new technologies in these new releases.

Another part of the Development, Testing and Integration cycle is the controlled release of new versions of SQL Server and Windows to customers.


This process usually takes place prior to the final release (RTM) of SQL Server or Windows, usually with Beta versions of Windows and SQL Server known as “Release Candidate”.


SAP does not allow customer Production systems to run on Beta versions of Windows or SQL Server, but it is supported to run Development & QAS systems on “Release Candidate” versions.  During this process we detect any issues and resolve them prior to the release of a new version of SQL Server or Windows.  In addition Microsoft runs the live internal SAP system that runs Microsoft on a Beta version of SQL Server it order to stress test at high transaction volumes.  Microsoft is the only SAP customer with permission to run Production SAP systems on Beta releases of SQL Server.

Is SQL Server 2012 Supported by SAP in Production Now?

SAP has detailed the exact support status of SQL 2012 in SAP Note 1651862 .  It is now permitted to run Production SAP system on SQL 2012 with permission from SAP.  To obtain permission to run SQL 2012 in production environments please send a customer support SAP Message in application component BC-DB-MSS.  Microsoft & SAP will discuss each customer case and assign a contact point from SQL Server Development to each customer.  Technically the development process for SQL 2012 has been finished – the SAP Support Packs, Kernels and Installation DVDs are ready.

What are the Requirements for SQL 2012?

There are several important Prerequisites for SQL 2012:


SAP Versions : The objective is to support all SAP versions of SAP projects based on Netweaver 7.0 and higher.  Old SAP releases such as 4.6C, 4.7 and those based on 6.40 kernel will not be supported on SQL 2012.


SAP Kernel : It is recommended to use the latest 7.20 EXT kernel.  720 Kernel is compatible with all SAP 7.x systems.  See this blog on Downwards Compatible Kernel .


As with previous releases of SQL Server Enterprise Edition is the only Edition Supported for SAP Systems. SQL Server 2012 Evaluation Edition (which is technically identical to Enterprise Edition except that it expires after 180 days) can be used for testing on Sandbox systems.  The use of Standard Edition is not supported or recommended as features such as compression and partitioning are not activated in Standard Edition.

What Are Some of the Benefits of SQL Server 2012?


AlwaysOn : A new HA/DR technology that dramatically reduces downtime for customers.  See other entries in this blog for details


Performance : SQL 2012 delivers many performance enhancements and testing has shown significant performance gains.  See the screenshots in this blog.


Compression : SQL Server is the only SAP database that has “ PAGE” type compression defaulted for all new installations, upgrades and migrations. Existing uncompressed database can be compressed with MSSCOMPRESS


Enhancement to Online Index : Tables with LOB columns can be compressed online

SAP has detailed the exact support status of SQL 2012 in SAP Note 1651862 . It is now permitted to run Production with approval from SAP & Microsoft. 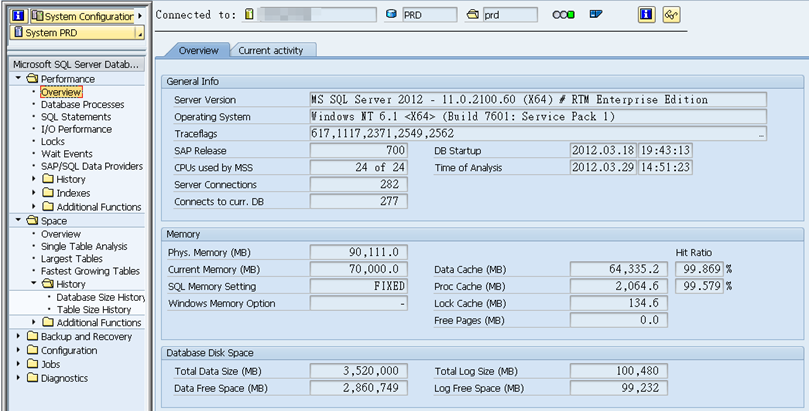 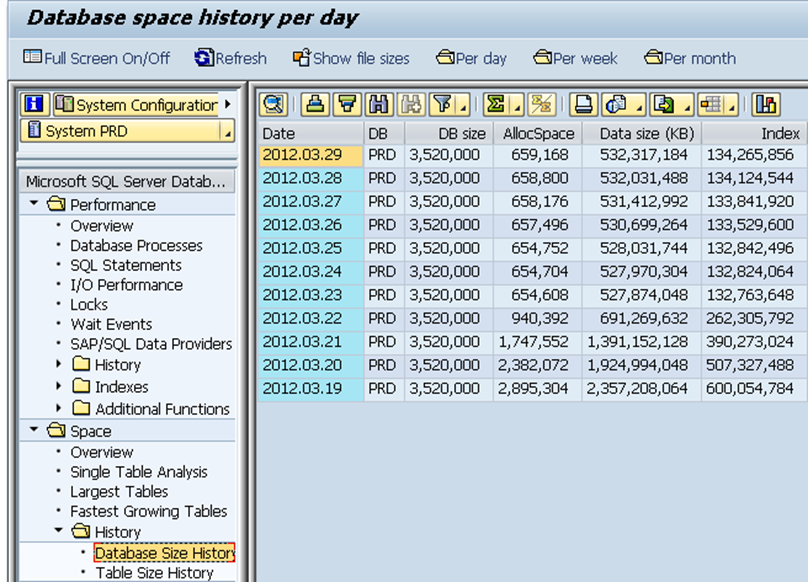 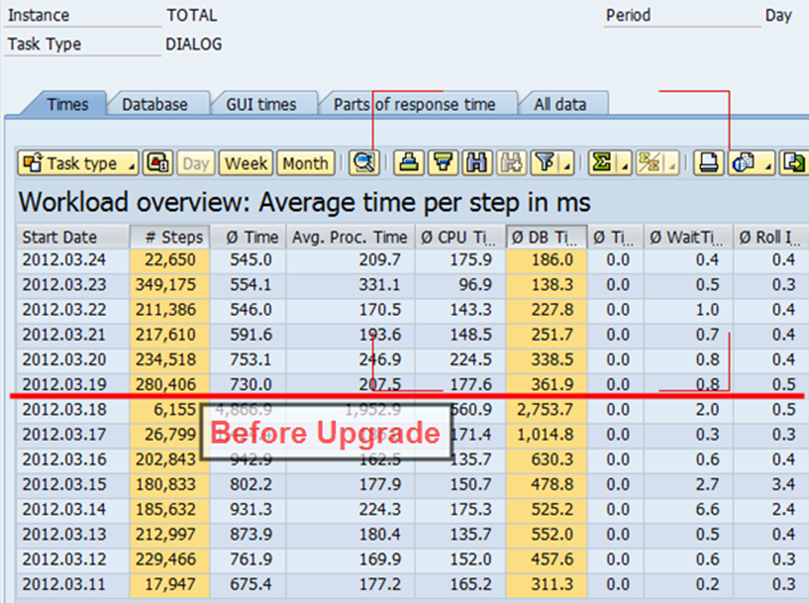