Turn on suggestions
Auto-suggest helps you quickly narrow down your search results by suggesting possible matches as you type.
Showing results for
Show  only  | Search instead for
Did you mean:
SAP Support of Windows Server 2008 R2
By 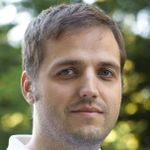 
Since this is my first blog entry, I’ll start with a little introduction:
I’m a Microsoft Employee since beginning of 2010, based at SAP headquaters in Germany. I’m working as a Software Engineer within the SAP platform team which ports SAP software to Windows and SQL Server. A team which is jointly staffed by SAP and Microsoft. My specific focus is in developing and testing SAP's Upgrade and Installation Tools on Windows and SQL Server. But so much about me – here’s what I have to blog about today.

SAP has announced support for Windows Server 2008 R2 as of 12-Nov-2010 for the following releases:

Please always read SAP Note 1486772 (login required) for details on how to install SAP NetWeaver on Windows Server 2008 R2.
Customers which are using the Failover Cluster Feature must follow the instructions in SAP Note 1490337 . It contains some corrections for the Installatuion Guide.

With that SAP customers can get their old SAP systems running on Windows Server 2008 R2 and start the upgrade on the new OS.

Remember that SAP does not support those old releases on Windows Server 2008 R2 if you do not start the upgrade immediately after the system copy.

A customer wants to upgrade his ERP system and migrate to Windows Server 2008 R2 and SQL Server 2008 R2. Additionally he wants to exchange his old hardware.

So he installs Windows Server 2008 R2 and SQL 2008 R2 on the new hardware, copy the old SAP system with a homogenous system copy to the new hardware and start the upgrade.

Due to the new OS, SQL and hardware the upgrade is much faster and he only has to do 3 steps.