SAP and Microsoft are continuously adding new features and functionalities to the SAP on SQL Server platform. In addition we have recently released both SQL Server 2012 and Windows 2012. This blog discusses the latest recommendations for customers running on SQL Server. This blog also has information for customers migrating from Proprietary UNIX systems to commodity Intel servers.  This blog is broken into two sections, the first topics deal with Windows & SQL Server.  The second section is discussing SAP kernel topics - topics 14, 15 & 16


Check the SAP Product Availability Matrix for more information about each SAP component. Post a message in this blog if you are unsure about the release status of a SAP component.


Many multi-terabyte customers are already live in production on SQL 2012 since March 2012.


SQL Server includes many performance features and also a new HA/DR feature called “AlwaysOn”. This is explained in a blog series on http://blogs.msdn.com/b/saponsqlserver/ beginning with:


SQL Server Column Store feature for SAP BW is described in this blog:


Customers who wish to deploy SQL 2012 Column Store for SAP BW are welcome to post questions in this blog.


All customers should implement compression on all ABAP systems. Apply OSS Note 1581700 and follow the guidance in this blog .


Real examples of the thousands of SQL Server customers that have benefited from compression can be found here:

Customers that have migrated from Oracle and DB2 also realize 75% to 85% compression. This has allowed many customers to terminate expensive proprietary UNIX hardware and migrate to commodity Intel servers with much better performance and lower costs.


By applying a few simple security guidelines the patching and reboot requirements for SAP on Windows/SQL Server are as good as other OS/DB combinations.


Hardening Windows servers is also considerably simpler because Active Directory Group Policies can be used to enforce security settings onto a group of servers. Security settings are controlled centrally with GPO and no individual “server-by-server” configuration is required. This includes tasks such as configuring the Windows firewall to block all ports other than common SAP ports.


SAP will begin the validation process for Windows 2012 and Hyper-V 3.0 after the public release of Windows 2012 later this year. Given the many SAP Netweaver, Business Objects, stand alone engines like Content Server, the exact PAM for Windows 2012 has not been finalized.  List of new features in Windows 2012 server http://technet.microsoft.com/en-us/library/hh831769.aspx


Windows 2012 Hyper-V 3.0 supports 64 vCPU and 1TB RAM – sufficient to support almost any SAP workload and twice the vCPU of VMWare


10 Gigabit Network is strongly recommended as the default for all SAP systems small, medium and large.


8. Only SAP JVMs are supported – do not use Sun/Oracle JVM


SAP have released a new 1.4.2 JVM for Windows and terminated support for the old Sun JVM.


All SAP Java systems on Windows should use the SAP JVM

9. What are Machine Check or WHEA errors and what should I do?


Intel platforms now incorporate many of the R.A.S features that used to be the exclusive domain of UNIX servers.


Correctable memory errors is one such example.


Windows 2008 R2 and Windows 2012 WHEA handles exceptions passed from the Hardware platform to the operating system.


If errors like this are observed on a server it is highly likely there is a hardware level issue, in this particular case possibly faulty memory.


This issue can also be caused by a bug in Intel’s E7 CPU. "Package C3/C6 with Memory Self Refresh Enabled May Cause False Error Logging" Page 25: http://www.intel.com/Assets/PDF/specupdate/325122.pdf 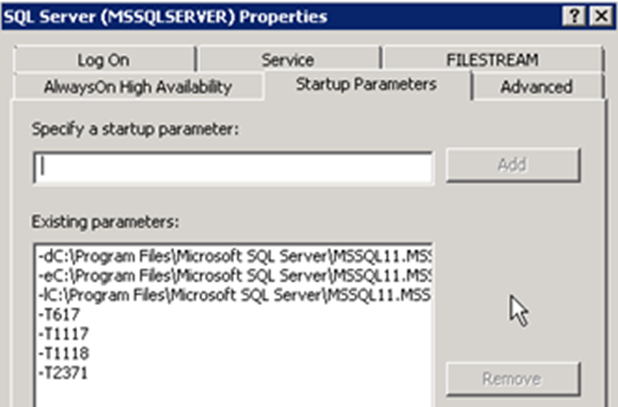 
SAP & Microsoft generally do not place SQL Server packs onto the http://service.sap.com/msplatforms -> SQL Server webpage.  This page only contains JDBC drivers, SAP Tools for SQL Server (for SQL upgrades and system copies) and SQL Server installation guides for SAP.  The normal procedure is to download the latest SQL Server Service Pack from Microsoft's website (a link to the download site can always be found from http://blogs.msdn.com/b/sqlreleaseservices/ )


Attached to this blog is my latest Oracle to SQL Server Migration FAQ. This document contains feedback and recommendations based on hundreds of Oracle and DB2 migrations to SQL Server.


Intel & AMD servers have a 98% market share and the proprietary UNIX server shrinks every quarter as more and more customers buy into Industry Standard Architecture servers.


Microsoft has completed creating an entirely new SAP on SQL 2012 Hands on Administrators course. These courses will be run around USA, Europe & Asia over the next year. Course schedules will be posted in blog. The courses will include hands on lab setting up SAP on SQL 2012 with AlwaysOn high availability scenario with Windows 2012. Topics such as Performance Tuning, Hardening Windows, Oracle -> SQL Migration and Windows Hyper-V 3.0 will be covered.


Dates and locations for Tokyo, Singapore, Sydney, Bombay & Delhi are to be confirmed later.


The SAP downward compatible kernel (DCK) is available for both ABAP and Java.


Some new kernel fixes are only released for 720 downwards compatible kernel. These fixes may not be ported to older kernels such as 7.01


The runtime libraries can be installed by running the vcredist_x64.msi . This file is bundled in the SAPEXE.SAR file


It is recommended to standardize on 720_EXT_REL


A new version of the 720 EXT DCK NTCLUST.SAR package is available.


SAP on Windows platform has simple memory management and tuning.


SAP application server instances with approximately 50 work processes will generally run well with the default ZAMM parameters. The default value will be used if the parameter is not specified in the profile.


Unless a specific problem is encountered leave these values as the default values set automatically in the kernel. Make sure to set the "master" profile parameter for ZAMM. PHYS_MEMSIZE determines the defaults for most of these parameters and should be set on most systems.


Many large multi-national multi-terabyte customers run their mission critical SAP systems on Windows SQL. Increasing numbers of customers are migrating from proprietary UNIX platforms to commodity Intel platforms. Here is just a sample of a few: