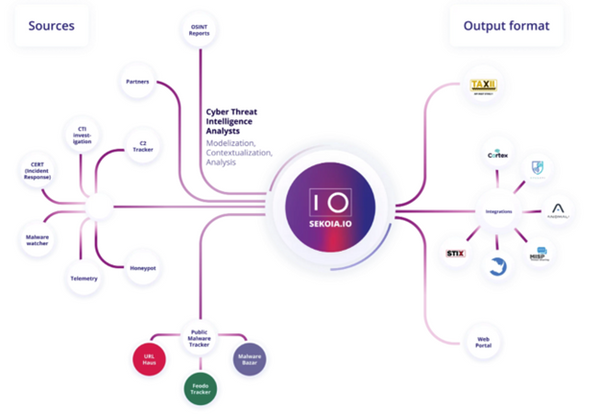 Microsoft Sentinel is a cloud native SIEM solution that allows you to detect and hunt for actionable threats. Microsoft Sentinel provides a rich variety of ways to import threat intelligence data and use it in various parts of the product like hunting, investigation, analytics, workbooks etc.

Cyber threat intelligence is the new oil of cybersecurity: if SIEM are engines, CTI is the fuel that makes you faster than attackers. It is now time to move from crude oil (raw streams of IOCs) to jet fuel: using intelligence to describe precisely how threats occur and get a bird’s eye view of your threat landscape.

Today we are announcing the availability of the SEKOIA.IO Cyber Threat Intelligence into Microsoft Sentinel using the TAXII data connector.

I have a question.

How i can bring the indicators from SEKOIA though TAXII data connector, bcz there are not collection ID in TAXII related to SEKOIA.

You can refer to the documentation that describes how to obtain the collection ID: https://docs.sekoia.io/intelligence_center/integrations/microsoft-sentinel/