Turn on suggestions
Auto-suggest helps you quickly narrow down your search results by suggesting possible matches as you type.
Showing results for
Show  only  | Search instead for
Did you mean:
What’s new: Managed Identity for Azure Sentinel Logic Apps connector
By

Now available: Grant permissions directly to a playbook to operate on Azure Sentinel, instead of creating additional identities.

Each one of these options has its advantages, but also limitations: Many would prefer not to authenticate with a user to a tool that generates automated actions. It is harder to audit (for example, using the incident table) which actions have been taken on behalf of a user and which are made by the playbook. It also makes less sense to see, for example, new comments that were generated by a playbook, but appear as if a user is their author. Also, if a user leaves the organization, you need to update all the connections that use its identity.

The service principal connection type allows us to create a registered application and use it as the identity behind the connector. You can define what this app can do, who can access it and what resources can this app access. It’s easy to delete it or replace its credentials if it’s suspected to have been compromised. For these reasons it’s great from a security perspective, but it still requires managing as another identity in the cloud that has credentials and permissions which potentially others can use.

Now, with the availability of Managed Identity for the Azure Sentinel connector, you can give permissions directly to the playbook (Logic App workflow resource), so Sentinel connector actions will operate on its behalf, as if it were an independent object which has permissions on Azure Sentinel. This lowers the number of identities you have to manage and gives the power to give access directly to the resource that operates.

When you turn on this feature in the Logic App, it is registered with Azure Active Directory and represented by an object ID. This identity can be assigned an Azure RBAC role on your Sentinel Workspace. The Azure Sentinel connector is configured to operate on its behalf as the selected API connection referenced by this connector.

How to use it?

To start using this new capability:

Turn on managed Identity in the Logic Apps resource 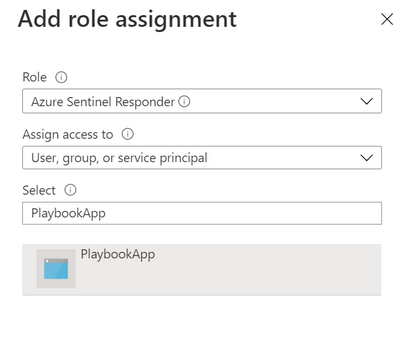