Turn on suggestions
Auto-suggest helps you quickly narrow down your search results by suggesting possible matches as you type.
Showing results for
Show  only  | Search instead for
Did you mean:
What’s new: Automation rules
By

Security teams are often burdened with a growing number and complexity of security incidents. Automation offers a path to handling the long series of repetitive tasks involved in incident triage, investigation and response, letting analysts focus on the most important incidents and allowing SOCs to achieve more with the resources they have.

What are automation rules?

Automation rules are executed in an order defined by the user and can also be set to expire after a defined period. More triggers, conditions, and actions will be introduced in the future. 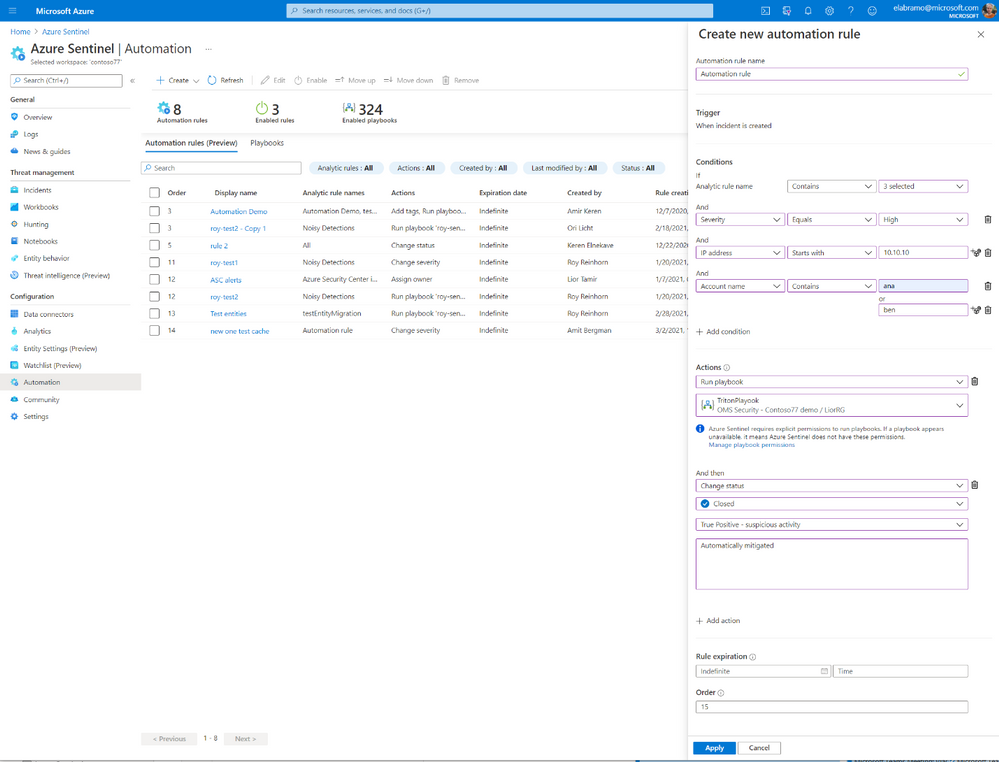 Sample use cases and scenarios

Automatically resolve incidents that are known false or benign positives without the use of playbooks. For example, when running penetration tests, doing scheduled maintenance or upgrades, or testing automation procedures, many false-positive incidents may be created that the SOC wants to ignore. A time-limited automation rule can automatically close these incidents as they are created while tagging them with a descriptor of their generation's cause.

View all playbooks that are triggered by analytic rules and assign playbooks to multiple analytic rules centrally. For example, if all your incidents are exported to an external system, you can define it once and apply it to all rules.

You can assign incidents to the right owner automatically. If your SOC has an analyst specializing in a particular platform, any incidents relating to that platform can be automatically assigned to that analyst.