Turn on suggestions
Auto-suggest helps you quickly narrow down your search results by suggesting possible matches as you type.
Showing results for
Show  only  | Search instead for
Did you mean:
MSTICPy Hackathon - January 2022
By 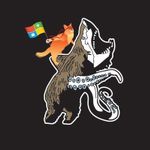 MSTICPy is the Microsoft Threat Intelligence Center’s (MSTIC) Open-Source library of Python tools to help security analysts when investigating incidents or hunting for threats. As an Open-Source project MSTICPy is available to everyone via GitHub and is open to contributions to anyone. Since its release MSTICPy has had some great contributions from members of the community, both in the form of fixes and improvements as well as new features such as the recently added RiskIQ integration. However, we know that whilst many people want to contribute to an Open-Source project it can be a daunting prospect to contribute for the first time and knowing where and how to contribute is key.

MSTIC is a big believer in the power of community to help improve security for all so to help others in the community contribute to MSTICPy in January 2022 we are running the first MSTICPy Hackathon. During this month the MSTICPy team are encouraging anyone who wants to contribute to MSTICPy to get involved. Contributions can be in any form, whether its new features, improvements and fixes to current capabilities, or additional documentation.

To help community members know where and how to contribute to MSTICPy we are offering a number of helping hands:

To learn more about the Hackathon, and to get involved head over to the MSTICPy GitHub page: https://github.com/microsoft/msticpy/wiki/MSTICPy-January-2022-Hackathon