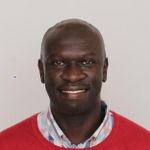 Many organizations have an on-premises Active Directory infrastructure that is synced to Azure AD in the cloud. However, given that the on-prem side is the authoritative source of truth, any changes, such as disabling a user in the cloud (Azure AD), are overridden by the setting defined in the on-prem AD during the next sync. This presents challenges when you want to orchestrate a user property change from Azure that needs to persist even after the sync happens.  To address the problem, this solution leverages the Automation Accounts and Hybrid Worker features across on-prem Windows resources & Azure . Automation Accounts can be used to perform cloud-based automation across Azure and non-Azure environments, including on Linux and Windows servers sitting in AWS, and GCP clouds so long as those machines have the Log Analytics agent installed.

A typical use-case for this solution would flow as below:

i. Existing Microsoft Sentinel Analytics rule generates an incident requiring a user to be blocked from further domain access.

ii. The incident has the playbook attached to kick off the actions needed to block user access both on the cloud and on on-prem AD

iii. The playbook includes the "create hybrid automation job" action, which executes a PowerShell script against the on-prem DC to block the user.

viii. Attach the Playbook to the relevant Analytics rule in Azure Sentinel. 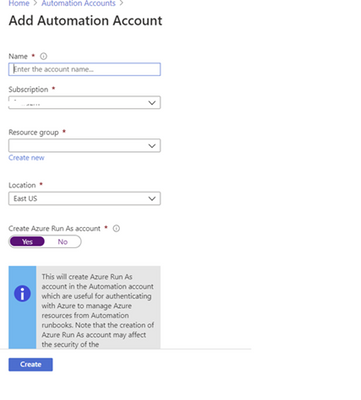 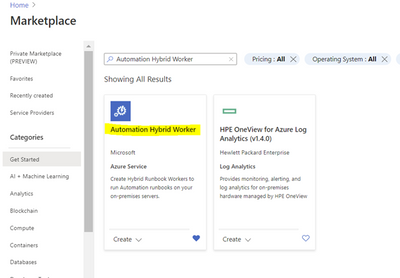 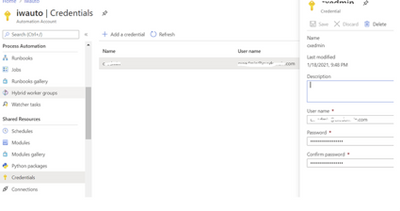 It is highly recommended that the account's permissions be restricted to the minimum required to disable user accounts using the Delegation userAccountControl bitmask. More details can be found here: UserAccountControl property flags - Windows Server | Microsoft Docs


To create a new PowerShell Runbook, navigate to your Automation Account and select the Runbooks blade.

Select PowerShell from the Runbook type menu and paste the below script in the resulting window. Click save, then publish to activate the Runbook.
Note: the script also includes code to report an error in case of a failure in the process of disabling the account:

The script takes in a SAMAccountName parameter which it uses to find the appropriate user and disable the account. This script can be modified to do various other tasks, such as password resets, adding/removing users to/from groups, etc.

Create a test user in Active Directory, then perform the steps in the on-prem machine to install the Hybrid Worker feature.


Deploy the below script from this URL: PowerShell Gallery | New-OnPremiseHybridWorker 1.7. Depending on the PowerShell module currently installed on your machine, you may need to download the file manually. If you do so, you will need to rename the extension to a .zip file first, then extract it to the directory you’ll execute the script from.


This script performs the following actions:
1) Install the necessary modules
2) Login to an Azure account
3) Check for the resource group and automation account
4) Create references to automation account attributes
5) Create a Log Analytics Workspace if needed
6) Enable the Azure Automation solution in Log Analytics
7) Download and install the Microsoft Monitoring Agent
8) Register the machine as a hybrid worker


To register your HybridWorker in Azure, add your hybrid runbook's details into the parameters to be passed to the creation command. Execute the below statement at your PowerShell prompt:
$NewOnPremiseHybridWorkerParameters = @{
AutomationAccountName = "iwauto"
AAResourceGroupName = "AD-Onprem"
OMSResourceGroupName = "AD-Onprem"
HybridGroupName = "AutoGroup"
SubscriptionID = "xxxxxxxxxxxxxxxx"
WorkspaceName = "iwautola"}
From the same PowerShell command prompt type: Install-Script -Name New-OnPremiseHybridWorker which will use parameters specified above.
This command will open a log-on screen to Azure Portal to register the Hybrid Worker in Azure.
The command will use the parameters specified above to register your Hybrid Worker Group in your Azure Subscription. You can learn more about the process of deploying Hybrid Workers here: Deploy a Windows Hybrid Runbook Worker in Azure Automation | Microsoft Docs


The command will open a logon screen in Azure Portal to register the Hybrid Worker in Azure. 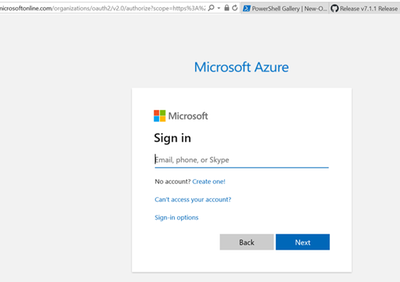 To confirm successful registration, navigate to your automation account, then select Hybrid worker groups. You should see the recently registered Hybrid Worker Group in the list in the below screenshot.

If you get the error indicating that the PowerShell file is not digitally signed, then you will need to execute the command below:
Set-ExecutionPolicy RemoteSigned
You may still have to unblock the file in case changing the execution policy alone does not work. The command to do this is from a PowerShell prompt is:
Unblock-File -Path .\New-OmPremiseHybridWorker.ps1

It is also recommended that you use TLS versions more recent than 1.0 and 1.1. For this reason, you may be required to run the below command as well:

[Net.ServicePointManager]::SecurityProtocol = [Net.SecurityProtocolType]::Tls12
You can learn more about the process of deploying Hybrid Workers here:
Deploy a Windows Hybrid Runbook Worker in Azure Automation | Microsoft Docs
On successful registration, you should see an output similar to the below:

To confirm successful registration, navigate to your automation account, then select Hybrid worker groups. You should see the recently registered hybrid worker group in the list in the below screenshot.

Test the Runbook
To ensure the Runbook is working ok before integrating with a Logic App, execute the Runbook manually from the Azure Portal and specify a test account in the SAMAccountName box, select HybridWorker in the Run Settings section and then choose your Hybrid Worker group name from the drop-down list:

Below is the structure of the orchestration Logic App that triggers the runbook to disable qualifying accounts from the On-Prem AD. With this action, the next on-prem to cloud AD sync will maintain the state on the account – in this case disabled, until the setting is reversed from the on-prem AD Users & Computers management console.

The high-Level structure of the Playbook

The detailed structure of the Playbook:

Parse the JSON output from the Entities-Get Actions step above to extract the Azure User ID and SAM Account name needed to perform disable operations-first on Azure then on the On-Prem Active directory.

The string function below is contained in the 'Runbook Parameter SamAccountName' above and is needed to extract the SAMAccount from the UPN of the user as the On-Prem AD can only act on the User ID when specified in this format:


To simulate the block orchestration from Microsoft Sentinel, you may use the below sample query to create an Analytics rule that will detect a failed logon due to a wrong password entered on the Azure AD portal. You can then simulate failed logon attempts with the account you wish to test with.

This Playbook can be deployed directly from GitHub on this link: Azure-Sentinel/Playbooks/Block-OnPremADUser at master · Azure/Azure-Sentinel (github.com)