Turn on suggestions
Auto-suggest helps you quickly narrow down your search results by suggesting possible matches as you type.
Showing results for
Show  only  | Search instead for
Did you mean:
New tool: Policy Analyzer
By

Policy Analyzer lets you treat a set of GPOs as a single unit.  This makes it easy to determine whether particular settings are duplicated across the GPOs or are set to conflicting values.  It also lets you capture a baseline and then compare it to a snapshot taken at a later time to identify changes anywhere across the set.

For example, the US Government Configuration Baseline (USGCB) for Windows 7 includes seven different GPOs.  Policy Analyzer can treat them as a single set, and show all the differences between them and the Microsoft recommended baselines for Windows 10 and Internet Explorer 11 with a single comparison.  You can also use it to verify changes that were made to your production GPOs.

The following screenshot shows two baselines compared with each other and to corresponding registry values on the local system. The lower pane displays the Group Policy setting, location, and other information associated with the selected row. Conflicting settings are highlighted in yellow; absent settings are shown as a grey cell. Policy Analyzer also offers options to display only rows containing conflicts or other differences. 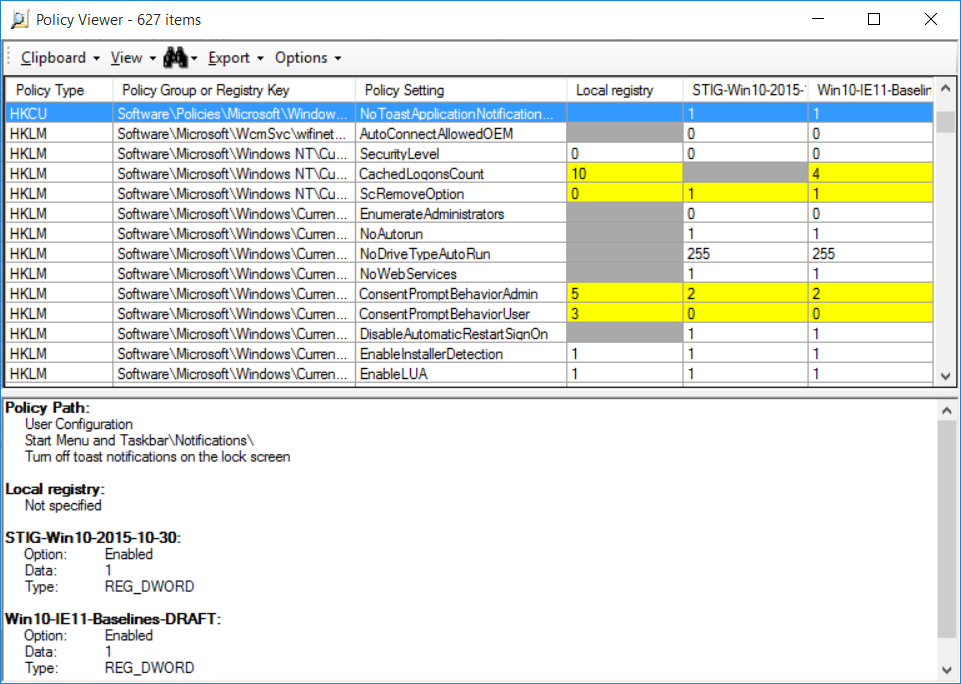 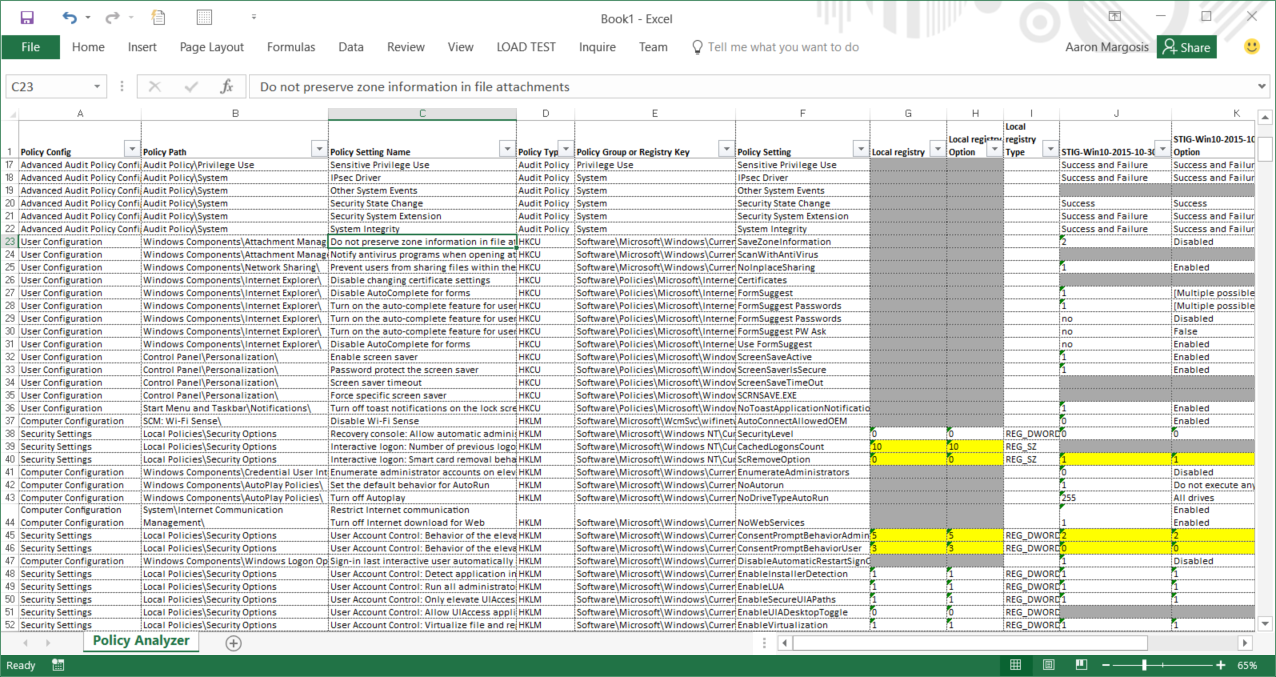 Policy Analyzer is a lightweight standalone application that doesn’t require installation, and doesn’t require administrative rights (except for the “local policy” feature).