Reconnect is back, and this week we are joined by none other than four-time MVP titleholder Vicente Gerardo Guzman Lucio! Hailing from Guanajuato, Mexico, Vicente describes himself as a Xamarin lover, project leader, and tech consultant.

Most recently, the former Developer Technologies MVP has been working on a project which links two mobile applications developed in Xamarin.Forms. The idea behind the project, Vicente says, is to reflect actions carried out between two applications in order for users to continue smoothly with their workflow.

First awarded in 2014, Vicente looks back fondly at his time as an MVP. Events like the MVP Summit, he says, brought together tech experts from all over the world and enabled training directly from product developers and creators. Now, Reconnect continues to motivate Vicente to grow as a professional and a person.

Moving forward, Vicente is developing a free course for developers focused on Blazor technology. He hopes to complete the course and “bring it to light” before the end of the year.

To newcomers in the MVP program, Vicente has these words of encouragement: “Never give up. If you have a goal in mind, it will always have obstacles, but perseverance is what makes things happen.”

For more on Vicente, check out his blog and Twitter @LucioMSP 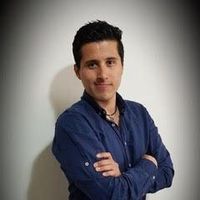