We’re back for another serving of Reconnect and this week lucky to be joined by former Visual Developer MVP Stefan Falz!

Hailing from Germany, Stefan works as a freelance consultant, developer and book author in the areas of ASP / ASP.NET, and as a developer of offline and mobile applications in the .NET environment. He also develops with various SQL dialects under Microsoft SQL Server, Microsoft Access, Oracle and MySQL.

Meanwhile, in his downtime, Stefan is very active in the tech community. Stefan reports recently working on a new online community platform to enable other German-speaking developers to ask questions and lead discussions. In addition, Stefan operates ASP.NET Zone, one of the largest ASP / ASP.NET communities in German-speaking countries, and ASP FAQ.

Stefan, who was an MVP in ASP.NET/IIS from 2001-2018, says he looks back fondly on his time in the program. “As a long-time MVP, I missed the possibility to communicate directly with other MVPs and the Microsoft team after I was no longer re-awarded,” he says.

“As a Reconnect member, there are now several ways to communicate indirectly with these folks and stay in contact.”

For new members of the MVP program, Stefan advises: “Use your possibilities and stay in touch with the product group. Your MVP lead will help you if you don’t know how to get in contact with them.” 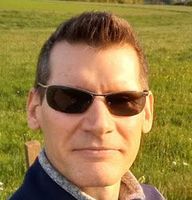