Turn on suggestions
Auto-suggest helps you quickly narrow down your search results by suggesting possible matches as you type.
Showing results for
Show  only  | Search instead for
Did you mean:
Reconnect Series: Nik Kalyani
By

This week we are thrilled to be joined by none other than eleven-time titleholder Nik Kalyani! Born and raised in Mumbai, India, and now based in California, Nik is a well-regarded tech entrepreneur with multiple ventures to his name.

Most recently, Nik is a co-founder at Decentology, an organization devoted to making blockchain more accessible to mainstream users -- starting with developers. Along with co-founder Chase Chapman, Nik believes deeply in a future where decentralization sows greater equality in the world.

Prior to Decentology, Nik co-founded WhenHub, an early-stage SaaS platform that makes it easy for anybody to curate and tell stories with time, and DNN Software, the company that manages DNN, the largest web Open Source project on the Microsoft technology stack with over 7 million downloads to-date. The company was acquired by ESW in August 2017.

In addition to his extensive entrepreneurship, Nik also speaks frequently at technical conferences, competes in hackathons and advises other technology startups, largely in the blockchain space.

Moreover, Nik is committed to getting more young people interested in the subjects of science, technology, engineering, arts and math. Through a variety of organizations, Nik volunteers and teaches kids programming at various venues, including sessions sponsored by Microsoft.

For more on Nik, check out his Twitter @techbubble. 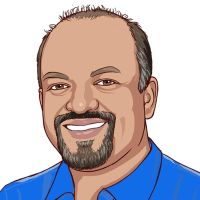