Turn on suggestions
Auto-suggest helps you quickly narrow down your search results by suggesting possible matches as you type.
Showing results for
Show  only  | Search instead for
Did you mean:
Reconnect Series: Justin Lau
By

This week we are thrilled to be joined by none other than Justin Lau, MVP Windows Expert: IT Pro from 2013 to 2016! Justin is from Hong Kong and currently works as an Active Directory specialist in the Windows team of an investment bank.

Justin says he is proud for serving four years as part of the MVP program and enjoys staying in touch with other past members in Reconnect. He stays in close contact with the Reconnect Yammer page and has participated in local IM group discussions which contain most of the current and former MVPs in Hong Kong.

“While Microsoft MVPs mainly focus on Microsoft tech, the community of former MVPs are either specialized in the field or other tech areas. As part of the community, I feel that we don't only get real Microsoft answers but more!”

Looking back on his time as an MVP, Justin says it was exciting to become part of the program. Justin recalls that he used to help answer questions on TechNet, eventually answering more than 2000 questions and receiving 900 ‘helpful answer’ awards. These efforts soon led to Justin being named a Microsoft community contributor and MVP in 2013.

Justin is also prolific in his community as a volunteer. He offers career mentoring for underprivileged families and children, especially those who are about to finish school and get their first job.

“I feel this role is very meaningful because many years ago, I had the same doubt and excitement as a teenager. Needless to say, it is even harder for underprivileged groups as they are restricted to the information most people normally think of as common.”

Speaking to new members of the MVP program, Justin says: “Keep your passion in technology and help others. Also, try to attend the Global Summit in Redmond! It is a real gem of being an MVP. I made a lot of new friends there that further expanded my horizons globally.”

Going forward, Justin is enhancing his knowledge and workspace by adopting Site Reliability Engineering (SRE) concepts, and at the same time studying and preparing for the Certified Information Systems Security Professional (CISSP) exam. 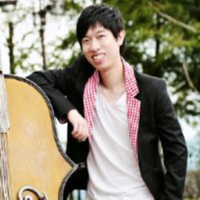