Ready or not, it is time to Reconnect! This week we are joined by Jonathan Wood. Hailing from Salt Lake City, Utah, Jonathan currently works as an independent consultant using C# and C++ to write websites and Windows desktop applications.

“I'm really excited about these projects. They include a custom language interpreter (SILK) written from scratch that makes it really simple and easy to add programmability to any .NET application, as well as an HTML/XML parser (HtmlMonkey) that supports using jQuery selectors to locate parsed nodes,” he said.

Jonathan looks back fondly at his more than two decades of interaction and involvement with the MVP program. “In the early days, the program was much smaller. And I really enjoyed being able to be involved in the products that hadn't yet been released to the general public and even giving feedback that influenced the final product,” he said.

More recently, Jonathan said he likes to stay in touch with his friends and colleagues thanks to Reconnect. “It allows me to feel like I'm staying in the loop about things that are going on, and also to keep in touch with MVPs I've worked with in the past,” he said.

Jonathan hoped to follow his passion for creating and releasing open-source projects in the coming years. In the meantime, he said he would continue to consult and keep an eye out for new opportunities.

“I think the most important thing MVPs can do is participate in early betas and things like that. There is so much information these days on the Internet. But knowing about the newest features that are just coming out is really valuable, and that's what many people will be struggling to find correct information about,” Jonathan said. 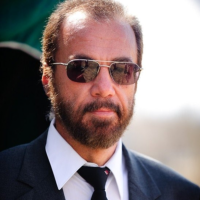