It’s that time of the week, with this installment of MVP Reconnect focusing on J. Peter Bruzzese: An Exchange/Office 365/Office Apps and Services MVP from 2010 to 2019. J. Peter is the co-founder of ClipTraining and a cyber security advisor.

J. Peter wears plenty of hats these days, from end-user training content development to NDA-based pro-bono consulting work. More recently, J. Peter worked on a mailbox migration to Office 365 that topped a million mailboxes. This project led to several speaking opportunities about things he learned during the process, including a talk at Microsoft Ignite.

Further, Peter has an extensive record in consulting with companies like Goldman Sachs, Solomon Smith Barney, CommVault Systems, and Microsoft, to name a few.

While first hesitant to join Reconnect, J. Peter says he was encouraged by the community sentiment: "once an MVP, always part of the MVP community”. Reconnect is really like a big family, J. Peter says.

“I've found another side to that family and … they are still eager to serve the community.”

“None of us became MVPs because of the award itself. That is a side benefit to the more important desire to contribute to our communities in some way. So, while the award may be elusive at this time, the community engagements don't have to be,” he says.

J. Peter currently finds fulfilment with two major community projects. The first is monthly consulting for a non-profit, and the second is an opportunity offered through Pluralsight One. J. Peter’s company, ClipTraining, works with Pluralsight One to equip men, women and children around the world who do not have education opportunities with free training survive and thrive.

“Thousands of people are benefiting from this provision in a variety of underprivileged and underdeveloped countries globally. ClipTraining is proud to be part of that, with all our end-user content (Windows, Office and Office 365) freely provided through the program,” he says.

J. Peter fondly remembers his days travelling the world as an MVP to speak about Office 365 migration and security. Today, he encourages all new MVPs to pinpoint their passion and continue chasing it.

“Support the community, engage with them in whatever format you prefer that works, and don't focus on the award itself,” he says.

Check out some of Peter’s work at Conversational Geek. He is also on Twitter at @JPBruzzese. 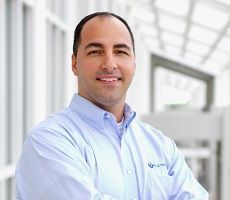