Are you ready to Reconnect? This time in the hot seat is Gerardo E. Saborio, the six-time titleholder and first-person awarded in ASP.Net from Central America and the Caribbean.

Gerardo, who is based in Costa Rica, has launched multiple businesses during his more than two decades as a software architect and engineer. Gerardo’s current pet project is ReqStudio - an online platform which helps users create accurate documentation for software projects or product development.

The Microsoft Certified Solutions Developer credits a big part of his career success to his involvement in the MVP program, which he says led to one of his favorite-ever projects.

“I was the leader of the Developer Care Program for Latin America and I coordinated around 180 conferences in 10 countries. It was a great time to teach people about .Net when it was new,” he says. “I travelled to Redmond six times and always had a great time there!”

Gerardo, who was first awarded as MVP in 2004, is an active speaker for Microsoft user groups and developer events in his region. Further afield, he has enjoyed conference showings at Technet, DevDays, DeveloperCare, User Groups, Ineta, CTECs and Techned.

Reconnect offers an important way to stay in touch with long-time friends and colleagues, Gerardo says. Gerardo looks back fondly over his many years and titles with the MVP program and encourages new members to take every opportunity that comes their way.

“Don't let your responsibilities interfere with the help you can offer the community. I started to focus on commercial opportunities and I didn’t put more attention to the community and that is something I will always regret.”

For more information on Gerardo, check out his blog. 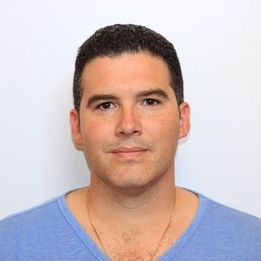