It’s time to Reconnect once more, and this week we are joined by Brazilian Business Applications MVP Dennes Torres.

This developer, software architect, and database administrator who specializes in Microsoft technologies first took part in the MVP program in 2008.

Currently based in Malta, Dennes works as a senior .net software developer who also furthers the growth of the Malta Data Platform User Group in his spare time. In this function, Dennes delivers technical sessions at Microsoft Innovation Center in Malta and other events across Europe.

“Before moving to Malta, I had never been to Europe before and it was something difficult to imagine since the ticket and other travel costs were very high. Nowadays, I enjoy visiting cities I never thought I would visit, while at the same time delivering technical sessions on SQL Saturdays all over the continent,” Dennes says.

While still active in the Microsoft community, Dennes looks back fondly of his time as an MVP.

The year 2008 was especially busy, he says, with the respective launches of Windows Server 2008, Visual Studio 2008, and SQL Server 2008. Microsoft Brazil appealed to its national active communities at the time to host 30 simultaneous webcast launch parties in celebration. Dennes, however, had other plans.

“I managed to organize 59 events on that day, making for a total 105 simultaneous events around the country,” he says. “Each of the speakers has incredible stories to tell about that day.”

Reconnect means recognition, Dennes says, and an important connection with the MVP community. He hopes to hold the title of MVP once more, with future plans to speak at conferences SQL Bits and PASS Summit.

For more on Dennes, follow him on Twitter @Dennes. Also, read his most recent work on his blog. 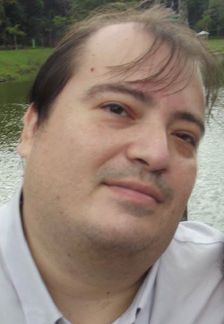