Turn on suggestions
Auto-suggest helps you quickly narrow down your search results by suggesting possible matches as you type.
Showing results for
Show  only  | Search instead for
Did you mean:
Reconnect Series: Chris O'Connor
By

This week we are thrilled to be joined by none other than Chris O'Connor!

Hailing from Melbourne, Australia, Chris is the founder and technical consultant for KACHIHRO, a startup consulting firm assisting customers with migration to Office365, and configuring, customizing and extending to meet the needs of each organization.

Chris began his career as a developer more than 20 years ago, initially using Visual Basic 3, 4, 5, 6 and then .NET development with C#. Later, he progressed into ASP.NET and SharePoint, and Azure and Office 365.

Chris identifies solution architecture and development as some of his key skills, including business analysis, requirements gathering and implementation.

A key player in the regional tech community, Chris helped to run the Melbourne SharePoint User Group –  now re-branded as Office 365 User Group – for 7 years in a committee role until 2019.

Moreover, Chris has presented at the Sydney, Melbourne and Auckland SharePoint Conferences, as well as other tech events like TechEd Australia and Office365 Saturday.

When he’s not behind a keyboard, Chris is a keen cyclist and an advocate for riding to work. He also keeps busy as a father of three sons. 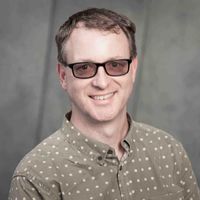