Ankit Bansal is a Reconnect Member from Ghaziabad, India. He received an MVP Award in Visual Studio and Development Technologies in 2016.

Ankit is currently working as a consultant, and was recently part of a project that created a centralized service system using NodeJS APIs and Angular 8. "The most interesting part of this project was bringing all of the company's applications under a single hood with Azure AD authentication," said Ankit. "It was a big task where your single hood supports more than 200 applications. I learned new things like performance improvements and SAP HANA DB."

To Ankit, being a Reconnect Member gives him a sense of pride. "I love to share my knowledge through writing and speaking. I have not been on top of this as much recently due to personal and professional constraints, but I plan to make a comeback in the coming months. I'm very excited," said Ankit.

Reconnect also means "not losing your MVP badge" to Ankit. "It feels the same as the MVP community, just with fewer benefits, but that's OK," he explained. "I am getting knowledge through webcasts and presentations, and it's also good practice to share recordings of those sessions."

During his time as an MVP, Ankit worked with multiple Microsoft technologies, AI, Machine Learning, HoloLens, Xamarin, .NET, Android, .NET Core, Bots, Azure, and more. He was also involved in a Microsoft project called "Mission Mars" which was based on Azure and UWP apps.

To new MVPs, Ankit says "Keep learning, and don't forget to share with the community. It is the community that provides you with knowledge, experiences, and motivation - all for free."

In the near future, Ankit will be sharing real-life experience-based insights which he has learned over the past two years. "It was a great journey with lots of learning," said Ankit. 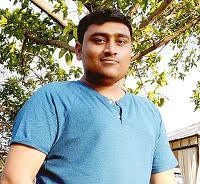