Turn on suggestions
Auto-suggest helps you quickly narrow down your search results by suggesting possible matches as you type.
Showing results for
Show  only  | Search instead for
Did you mean:
MVP Youngster On Overcoming Adversity, Finding Tech Passion
By

Ashlee Culmsee never planned to have a career in technology. Tech was boring, she thought, reserved for people like her dad.

This all changed when her interest in PowerApps quickly evolved into mastery, with the Australian soon creating entire apps by herself and leading workshops. Now at 21 years of age, Ashlee is one of the youngest MVPs in the world and seeking to inspire other young women and young people to embark on careers in tech.

Hailing from Perth, Western Australia, Ashlee’s journey to this point has been defined by tech wizardry despite personal adversity. Ashlee describes her high school experience as a difficult one as she battled anxiety and social phobia. “I was too afraid to raise my hand in class, desperately trying to not draw attention to myself,” she recounts.

Fast forward to age 17. While her friends began working part-time jobs, Ashlee came to the realization that she could not see herself succeeding in that kind of environment. In fact, she questioned whether she would be able to cope in any sort of work environment at all. “My grades were dropping, I was severely depressed, and I was terrified of having to figure out what to do after high school,” Ashlee says.

Ashlee soon found one job that she could manage with respect to her social anxiety: delivering advertising materials and catalogues in her neighborhood. The long hours and low pay, however, forced her parents to consider if there was a better way for Ashlee to spend her time. According to her dad, Microsoft PowerApps offered the solution. Paul Culmsee – a Business Applications MVP in his own right – had been using the recently released suite with clients and recognized an opportunity. Paul decided he would pay his daughter the same amount of money as the delivery job if she dedicated a few hours a week learning the craft.

Ashlee agreed, and what began as a side gig soon morphed into a genuine skill and interest in tech. “I became familiar with the satisfaction of finally figuring out the one piece of code that wasn’t working the way it should, and the adrenaline rushes you get after everything works as planned,” she says. “It reminded me of how exciting it always felt when I finally cracked a maths problem or worked out the solution to a puzzle.”

Six weeks into Ashlee’s training and everything changed forever. Microsoft’s Senior Program Manager for Power Apps launched a competition to create a fidget spinner app without the use of animated gifs or videos. Ashlee entered a solution which used uniform circular motion to create movement – and promptly won the challenge. Overnight, the teenager from the most isolated city in the world had caught the attention of the Microsoft community, even scoring a job offer from Matt Velloso, the Technical Advisor to the CEO of Microsoft.

While Ashlee saw herself as a “random 18-year-old kid who had never studied IT and just played around with Power Apps as a hobby,” many saw otherwise. Ashlee quickly progressed into developing the “Universal Audit App” with her dad which streamlined auditing processes across multiple industries. As Ashlee’s career grew – attending international workshops with her father, gaining her first “real job” as a summer intern in her home city – so too did her confidence. The youngster soon realized that this hobby looked more and more likely as a career, and it was this realization that Ashlee wanted to share with other teenagers struggling with mental health and career prospects.

With support from the Microsoft office in Perth, the 19-year-old hosted PowerApps with PowerAsh. This free workshop for young people saw Ashlee overcome her social anxiety to teach those like herself on the possibilities of PowerApps. “The tables had turned, the roles were swapped, and I had a sudden moment of clarity where I realised that this was exactly where I wanted to be,” Ashlee says. “I felt comfortable, confident, and I enjoyed the entire thing so much that all I could think afterwards was ‘I want to do this again.’” 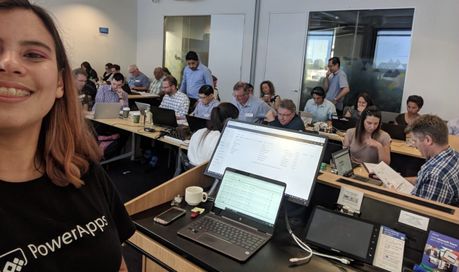 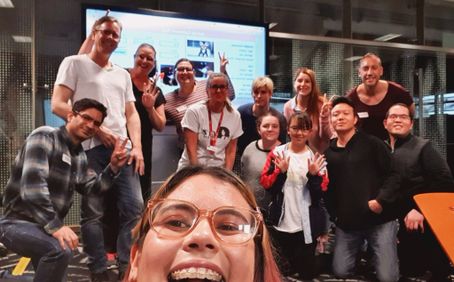 Ashlee’s whirlwind progression in all things Microsoft and PowerApps soon kicked up another notch in early 2019. At age 20, Ashlee became the youngest woman to be successfully nominated and named as a Microsoft MVP. “I was suddenly part of an incredible community full of talented and supportive people who were willing to guide and encourage me through my journey,” Ashlee says. “I now have a lot more confidence tackling more complex projects as I know that if I have any problems, there are dozens of people I can turn to for advice and technical support.”

In just three years, Ashlee has transformed from a teenager with social anxiety and no interest in IT to an internationally-recognized app developer who creates cost-saving apps for big businesses. The journey, Ashlee says, has been “one of the most incredible experiences of my life.”

“It’s helped me gain confidence, improve my mental health, and grow into the person I am today. I am so happy that I fell into this career,” she says.

“I’m not perfect. I still struggle, and some days I still find it difficult to interact with people, but I have come a long way and I would never have gotten to this point if I hadn’t stumbled into IT.”

For more on Ashlee, check out her blog and her Twitter @AshCulmsee