On November 13th, Microsoft Ignite the Tour kicked off in Paris, and went on to visit Beijing, Tokyo, and São Paulo to provide technical training led by over 350 Microsoft experts, through more than 100 deep-dive sessions and workshops. We spoke to CPMs who attended the event in these four cities to get their highlights of the conference.

In Paris, CPM Martine Thiphaine explained that overall community involvement and the Community Evening were her top highlights of the event. “MVPs, RDs, and other community members were tightly involved in this event, and all participated in its success,” she said.

The event was host to a total of 4,628 attendees, which 92% of them saying they found the conference valuable! MVPs and RDs worked together to deliver sessions, including The Paris Typescript Meetup, When JHipster meets Microsoft, and career talks about the pros and cons of tech jobs. 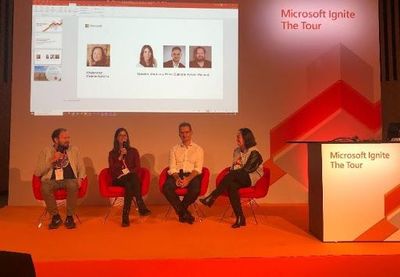 “Over the two-day event, I co-organized a community with the French DevRel team, which had around 90 attendees. It was a great opportunity for connecting MVPs, RDs, CDAs, Azure Dev PMMs, and adjacent community owners,” said Martine.

“During this event, we welcomed the Channel 9 Corp video team, who recorded interviews with the French Dev Audience FTEs, MVPs, and RDs, which should go live in January,” she said.

Next up was Microsoft Ignite the Tour Tokyo, which took place on December 5-6. We spoke to CPM Rie Moriguchi about her highlights of the event.

“Thanks to the momentum of Japan’s MVP community and Microsoft in 2019, we successfully ran the invent with more than 50 Japan MVP/RD/community members,” said Rie. “We had 2,105 attendees over two days - a lot more than we expected!”

“As the CPM for Japan, I am so glad to see that we have shown the power of our community to the event’s attendees and shared our passion,” Rie added. 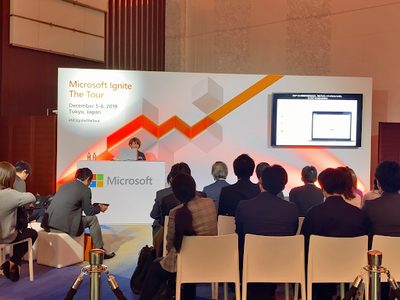 Rie also explained that according to the survey ran after the conference, 94% of all MVP speakers said they’d like to join a future Microsoft Ignite the Tour event.

“The reasons behind each one varies, however,” Rie said. “While one MVP said she wants to promote the technical topics that she loves, another said that session speakers are able to enjoy the event best as they can connect easily with their peers who share a passion for the same technologies.” 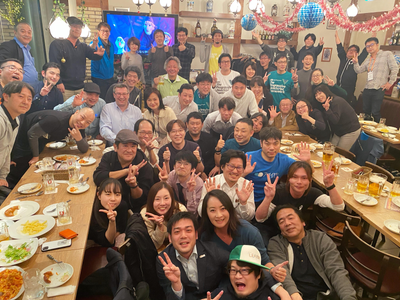 On December 10-11, Microsoft Ignite the Tour took Beijing by storm. With a total of 2,950 attendees, 96% of whom found the event valuable, the conference was a hit.

CPM Christina Liang explained that “The attendees were especially happy with the Welcome Opening and Community Theater session, and provided positive feedback on Learning Paths and breakout sessions.”

“MVPs and RDs were heavily involved in this event and played a key role in its success,” said Christina. MVPs also delivered Technical, Learning Path, Theater and Unconference sessions The Unconference sessions at the Community Hub covered topics including “How to build a chatbot, from 0 to 1” and “Working with the community to create an open source technology ecosystem.”

Next up to host was São Paulo, where we spoke to CPM Glauter Jannuzzi about his top picks of the event.

The conference was host to over 3,600 attendees, delivered more than 120 sessions, with over 55 MVPs and RDs participating as speakers or staff. In addition, more than 20 communities presented at the Community Pop-up area at the Hub. 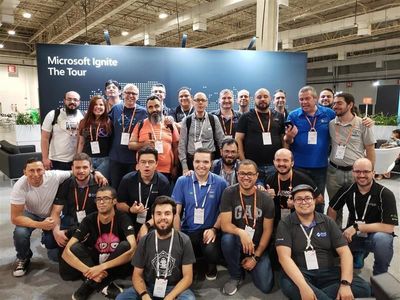 “Other highlights included a growth in the Microsoft ShowCase area compared to last year, and rooms provided for attendees to pray and care to children,” said Glauter. 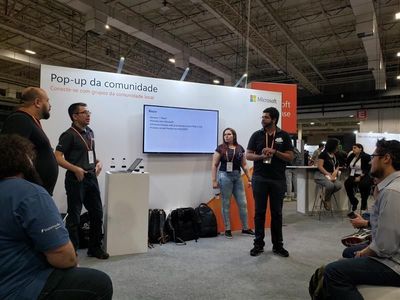 We look forward to hearing about next year's events after Microsoft Ignite the Tour takes even more cities across North America, Asia Pacific, Europe, the Middle East, Africa and Latin America!