The event seeks to bring Microsoft Azure to the masses and that is exactly what organizers did by hosting the expanded three-day event online for the first time. 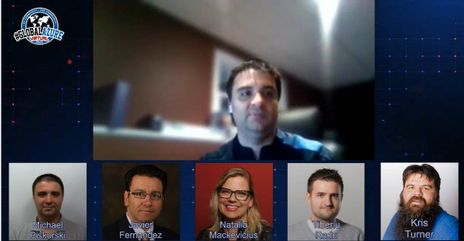 The event, hosted from April 23 to April 25, enabled everyone to join and learn about Azure from best-in-class community leaders across 248 speakers, 319 sessions, 15 languages, and 22 tracks.

Co-organizer Magnus Mårtensson said the format of the event differed, but the community spirit and passion for knowledge transferred seamlessly online.

“From what we’ve seen with this event, where we turned around and said ‘let’s do this virtually’, we’ve seen that the passion is the same and the joy for knowledge in cloud technology is the same. We did send out a brief survey to the speakers that joined in our group and it was overwhelmingly positive and everyone was really, really happy.”

According to co-organizer Alex Mang, there were logistical challenges to overcome in delivering one seamless stream. “We’ve learnt a great deal of how to put together a live stream and restream it to various social platforms,” he said.

“As a viewer, you don’t see the immense hard work that happens behind the virtual curtains. During virtual streams, for example, breaks should be kept at a minimum. This implies that you have to be able to quickly switch from one presenter to another without requiring your audience to switch to a different stream. Therefore, this requires some sort of a commercial or countdown moment while your hosts prepare to introduce the next speaker.”

“You don’t see nor hear this on a live stream, but there’s a lot of yelling of ‘wrap, wrap, wrap!’ as countdowns occur.”

Nepal organizer and MVP Pradeep said the first-ever virtual edition of the event was a huge success. “We have been running Global Azure Bootcamp for eight straight years since it all started. Because of the ongoing pandemic, we nearly lost hope and thought of not organizing it.”

“However, to our surprise, it turned out to be a better event for us with nearly more than 100 people joining the event. Thanks to Microsoft Teams, running the event from the comfort of bedrooms was absolute fun! Be it speakers or participants, everyone seems to be loving it!”

“Unlike an in-person event, we did not see any drop in the audience. I can not imagine hosting more than 2000 people in a live audience at a single event!”

“We had a mixture of live and pre-recorded content, four multiple tracks running concurrently,” the South Korean team said. “We had several pre-meetings and rehearsal before the event. It was almost the first time for us to do the virtual event but the decision to offer a variety of options to our event ended as a great success. The audience seemed to really enjoy the multitrack format. I feel like the audience opened the door and came in and out during the sessions like an in-person event.”

The regional teams and global organizers demonstrated their willingness to work under pressure and ultimately overcome, Magnus added.

“In this community of Azure that I’m happy to be apart of, I’ve met some of the most excellent people in the world and there’s no pandemic in the world that is going to hold us down, that is the sentiment,” he said.

It remained to be seen what form the next edition of Global Azure Bootcamp would take when it returned in the spring of 2021, but Magnus believed it would likely have a virtual component regardless.

“I think now we’ve done it once, with these circumstances, the next time will hopefully be more organized and a little smoother.”