From Manila To Copenhagen: Marilag’s Mission To Upskill Tech Talent

From Manila To Copenhagen: Marilag’s Mission To Upskill Tech Talent

Based in Denmark and hailing from The Philippines, The Microsoft Azure MVP does not let the more than 10,000 kilometres get in the way of her commitment to raising up tech talent in both her new home and home country.

“In a way, community challenges me to improve my skills as I get to meet my talented peers,” she says. “And beyond writing code and fixing bugs, it also brings me a greater sense of purpose. The community has helped me feel happier about my job. And who doesn't want to be a happy developer?”

This sense of community is in stark contrast to Marilag’s initial experience in Denmark. Marilag says she did not know many people upon arrival from The Philippines, meaning she often worked alone and struggled with technical issues by herself. “I felt disconnected and consumed to a point that I considered changing career,” Marilag admits. “Joining Azure User Group Denmark changed that for me.”

After attending a couple of meetups, Marilag realized that she has so much to learn and so much to share with her newfound friends. “I'm thankful that AZUGDK saved me from leaving the industry that I do love. My hope is to help others who are experiencing the same challenges I had.”

Now, Marilag leads not only the Copenhagen User Group but also the Manila User Group. The cloud expert hopes the expansion of local developer communities can make technology feel more accessible to both sides of the globe she calls home.

“Acquiring technical knowledge from people who speak your language and experience the same playing field as you do is very beneficial,” she says.

“With AZUG Manila, our online events are able to reach developers from remote areas of the country where the technology may not be as accessible. We also have young tech students, living outside the capital, asking for advice for their career path. And for me, this is what community is about: Giving everyone a chance to see what's possible and encouraging them to achieve it.”

Community is vital, Marilag says, and it is especially important for collaborative work like software development.

“I would love to help open up spaces where developers can come and feel a sense of connection, so we can stay motivated to build even during difficult times. And I'm also hoping to bring that feeling all the way across the planet, back to my hometown, where I can inspire young developers, like I once was, to be part of the global effort in using technology to improve lives.” 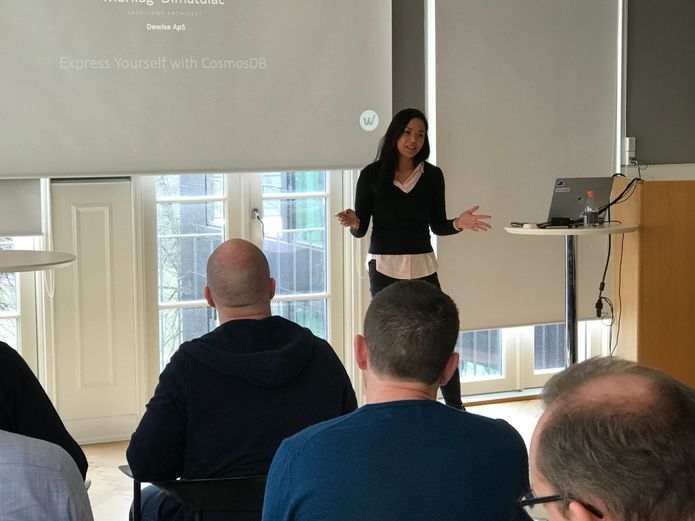