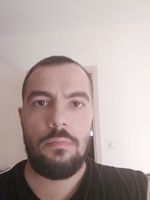 George Chrysovalantis Grammatikos is based in Greece and is working for Tisski ltd. as an Azure Cloud Architect. He has more than 10 years’ experience in different technologies like BI & SQL Server Professional level solutions, Azure technologies, networking, security etc. He writes technical blogs for his blog "cloudopszone.com", Wiki TechNet articles and also participates in discussions on TechNet and other technical blogs. Follow him on Twitter @gxgrammatikos.

Lightsaber prototyping with the Nordic Thingy:52

Gergana Young is a South African software developer, adventurer, and Star Wars geek. Intending on making a career of reprogramming astromech droids with JavaScript, she abandoned the Imperial Academy and defected to BBD. After a tour of duty in the banking sector, working on .NET and JavaScript, she finally found her place in the R&D team. In her spare time she builds cool software and "things" for her other passions: climbing, running and Star Wars. Follow her on Twitter @GerybBg

Alter a column with dependencies in your SQL Server database with sp_alter_column!

Since 1999 Sergio Govoni has been a software developer; in 2000 he got a degree in Computer Science at "Università degli Studi" in Ferrara (Italy). He has worked for over 19 years in Centro Software, a software house that produces the best ERP for manufacturing companies that are export oriented. Now, he manages the Development Product Team and he is constantly involved on several team projects, where he focuses his attention on the architecture and the mission-critical technical details. For the provided help to technical communities and for sharing his own experience, since 2010 he has received the Microsoft Data Platform MVP award. During 2011 he contributed to write the book SQL Server MVP Deep Dives Volume 2 (http://www.manning.com/delaney/). Follow him on Twitter or read his blogs in Italian and English. 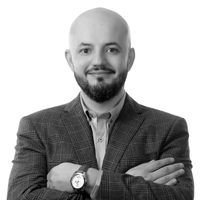 Ammar Hasayen, CISSP, Microsoft MVP is a leading expert on cybersecurity and cloud computing with over fifteen years of experience working with international enterprises. As a cloud security architect, Ammar helps organizations in their cloud migrations by adopting security best practices across the globe. He regularly writes and consults on variety of technical and security topics and runs blog.ahasayen.com. Follow him on Twitter @AmmarHasayen

Alibek Jakupov this year received the Microsoft MVP Award in AI. After having finished the IITU International Information Technologies University in Kazakhstan, he won the French Government Scholarship in 2016 and started his studies at the EISTI Graduate School in Computer Science and Mathematics Engineering in France. In 2017, he joined Expertime as a software engineer intern. The work implemented during this internship has provided the foundation to the brand new project called What Do They Think. He is a regular contributor to stackoverflow and his personal blog where he shares his experiences of performing data science on Azure. Check him out on Twitter @Ajakupov1