In January, the MVP blog is looking ahead at what’s to come across the tech world in 2022.

Office Apps & Services MVP Bill Jelen has a joke he likes to tell when he opens seminars.

After asking if anyone in the room uses an obscure, five-step keyboard shortcut in Excel that he knows will elicit about two hands going up, he says, "Great... I am trying to get Excel as a sport in the Olympics (pause for audience laughter), and if I ever make that happen, the two of you will be on our national team, because you are faster than everyone else here."

As the host of MrExcel.com and the author of 60 books about Excel (including Excel Gurus Gone Wild, Pivot Table Data Crunching, and Excel 2019 Inside Out), Bill’s push to make Excel into a competitive event has gained some serious momentum. For example, The Verge covered the first-ever televised Excel competition that December 4, 2021, on ESPN3.

Australian Excel MVP Danielle Stein Fairhurst was the co-host for the first-ever televised Excel competition, with Bill selected to host for the Americas division of the competition eleven hours later.

Sponsored by Microsoft and AG Capital, the Financial Modeling World Cup (FMWC) has been bringing together advanced Excellers for a few years. Some competitions are "invitationals", where you have to be ranked internationally in Excel to be invited. But other competitions, like the FMWC Open are open to anyone who uses Excel.

Thousands compete on the same problem. The top 128 in the world advanced to the televised show.

“Watching really proficient Excellers race to finish complex problems in Excel is oddly fascinating. People have different approaches. You are essentially looking over the shoulder of people racing to solve a problem,” says Bill.

“They can't hear you, but you can see their screen. On a recent competition, one comment that I made was along the lines of, ‘Oh no, the LEFT function that Darren used there isn't going to work for the ten of spades, that is going to cause problems down the road.” 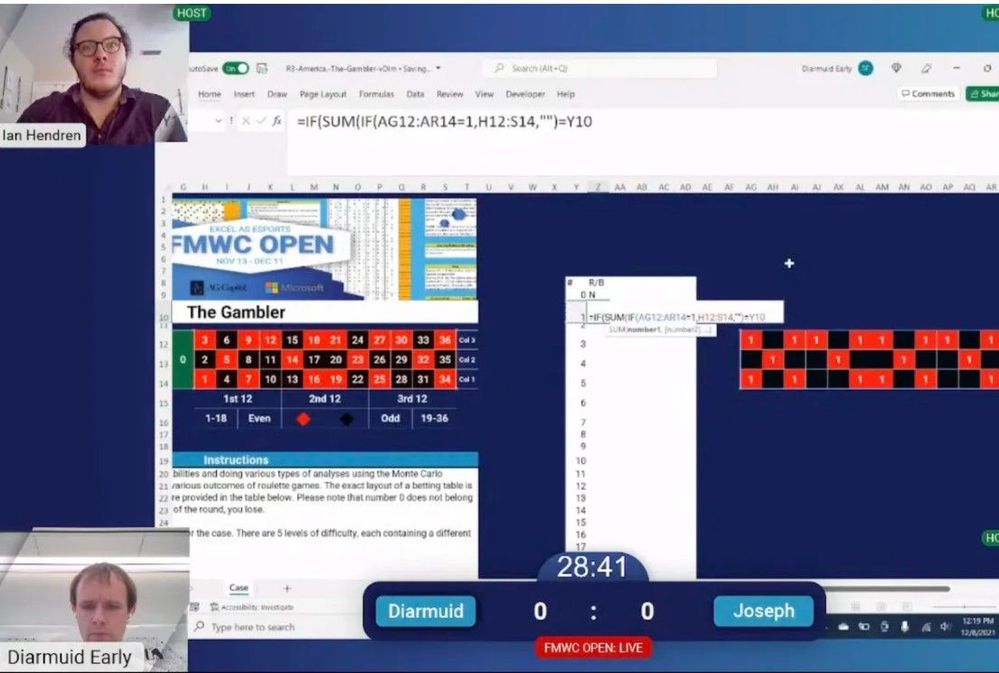 Bill has made over 80 guest appearances on TV’s Call for Help with Leo Laporte and was voted guest of the year on the Computer America radio show. In addition, Bill writes the Excel column for Strategic Finance magazine and he has produced over 2200 episodes of his daily video podcast Learn Excel from MrExcel.

Before founding MrExcel.com in 1998, Bill spent twelve years “in the trenches” as a financial analyst for the accounting, finance, marketing, and operations departments of a publicly held company. Since then, his company automates Excel reports for hundreds of clients around the world. The website answers over 30,000 questions a year – for free – for readers all over the world.

This year, Bill plans on launching new online courses on an exciting platform called Retrieve that will be translated into many languages so people across the globe can access his deep insights.