There is something about creating which ignites curiosity in kids.

Regardless of gender, children have an innate appetite for learning what they do not know and perfecting what excites them.

Developer Technologies MVP Sara Chipps found her passion in computing at age 12. Sara recalls that she simply could not believe that her inputs made the computer call another computer – so beginning a lifelong interest in building and coding.

Sara’s answer to the gender gap in tech is Jewelbots. Founded in 2014 with Brooke Moreland and Maria Paula Saba, Jewelbots’ original product was a smart friendship bracelet. This soon evolved into science craft kits for budding inventors in geology, chemistry, and electronics.

Now, tens of thousands of girls in more than thirty countries have become coders, chemists, and creators through Jewelbots.

“Our goal is, and always will be, to ignite the curiosity and drive that comes with being a builder,” Sara says. “Consuming technology is ubiquitous in today's generation. However, true influence lies in being builders and creators of technology. Together, we can eliminate the fear and stigma that can come with being young and science forward.”

Young builders and creators of technology are clearly enjoying the limitless possibilities of Jewelbots. One young girl, for example, took the electronic science kit and sewed its LEDs into a shirt to depict a starry night sky. It is stories like this which continue to drive Sara despite working another full-time job.

“It is always rewarding because the excitement in their eyes truly makes it worth it,” Sara says.

“Every time we get a video or a picture of a girl making something awesome that she is proud of is what gets us going. We couldn't do what we do without that every day.”

“It’s also been a long time since I have been a 10-year-old girl, and imagining the things that drive them is tough,” Sara says. “So, I’ve seen it is best to talk to them and hear about the things that get them excited.”

Jewelbots is but one of Sara’s initiatives to encourage young girls towards STEM. In 2010, Sara co-founded Girl Develop It, a non-profit focused on helping more women become software developers.

Currently, Girl Develop It chapters are building strong, empowered communities in five cities across the US.

Likewise, Jewelbots grows from strength to strength. The creators look forward to expanding their science craft kits into biology and programming, and witnessing the output from the next generation of women scientists.

“We are excited to release more products and see more eyes light up as [girls] learn and make more things that ignite their imagination,” Sara says.

For more on Sara, check out Jewelbots or her Twitter @SaraJChipps 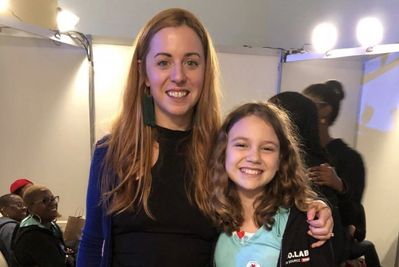 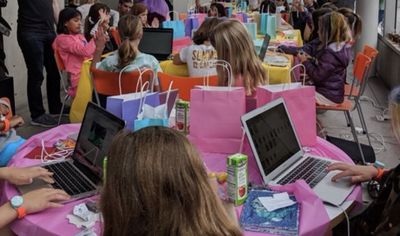