An MVP’s Serverless And AI Challenge

An MVP’s Serverless And AI Challenge

For more details on the project, you can find Barbara’s story here and her Learn Collection here.

In May, MVPs from across the world took part in the MVP Global Cloud Skills Challenge (The MVP Challenge). MVPs participating in the challenge competed on a global stage while exploring new learning areas and sharing the process with the rest of the community. MVPs explored new areas of learning, specifically in Azure Data & AI, Business Applications, and M365, through MS Learn.

We had the pleasure of speaking to the competition runner up, Barbara Forbes, about getting started with AI in Microsoft Learn. The two-time MVP award winner is the Azure technical lead at OGD in the Netherlands with a broad focus on Azure and automation.

Moreover, Barbara is co-founder of the Dutch DevOps & GitHub community (DDOG), as well as the co-host of the Dutch PowerShell User Group (DUPSUG). She is also a Microsoft certified trainer (MCT) and a GitHub Star.

Barbara took to the challenge to learn about Azure Functions, cognitive services and machine learning. While her day-to-day tasks do not require AI, Barabara shared that she wanted to broaden her knowledge about the possibilities surrounding AI within Azure infrastructure.

“My job isn’t about AI, but it is something that I have seen before when working with Azure Functions. And when it comes to automation, it is especially useful to know about cognitive services.”

The challenge was a whirlwind, Barbara said, “I learned so much! But the pace was tough with 42 modules in a month. I sometimes questioned my choices when I was still doing a module at the end of the evening.”

“However, the fast pace did help to make the knowledge stick as there was some repetition that I would recognize. Oh and, of course, I got to use my new knowledge straight away at my job, which is awesome!”

Setting a goal was an integral part of Barbara’s learning journey. In the short term, Barbara said she was motivated to understand enough AI to use the Azure AI services and support the infrastructure that surrounds it. In the longer term, Barbara wanted to earn the AI-900 certification as well as create a smarter way to categorize her photo library.

Barbara - who also counts experience with serverless, Azure DevOps, PowerShell, and Infrastructure as Code - said that she also loved using Microsoft Learn. “The variation between theory and practice works wonders when learning new skills,” she said. “New modules are still being added at a high pace so there is always something new to learn!”

Asked if she would take the challenge all over again, Barbara joked, “I would, but perhaps not too often! It truly was a challenge, but well worth it.”

Barbara regularly writes about all things Azure and automation - see her blog for more. 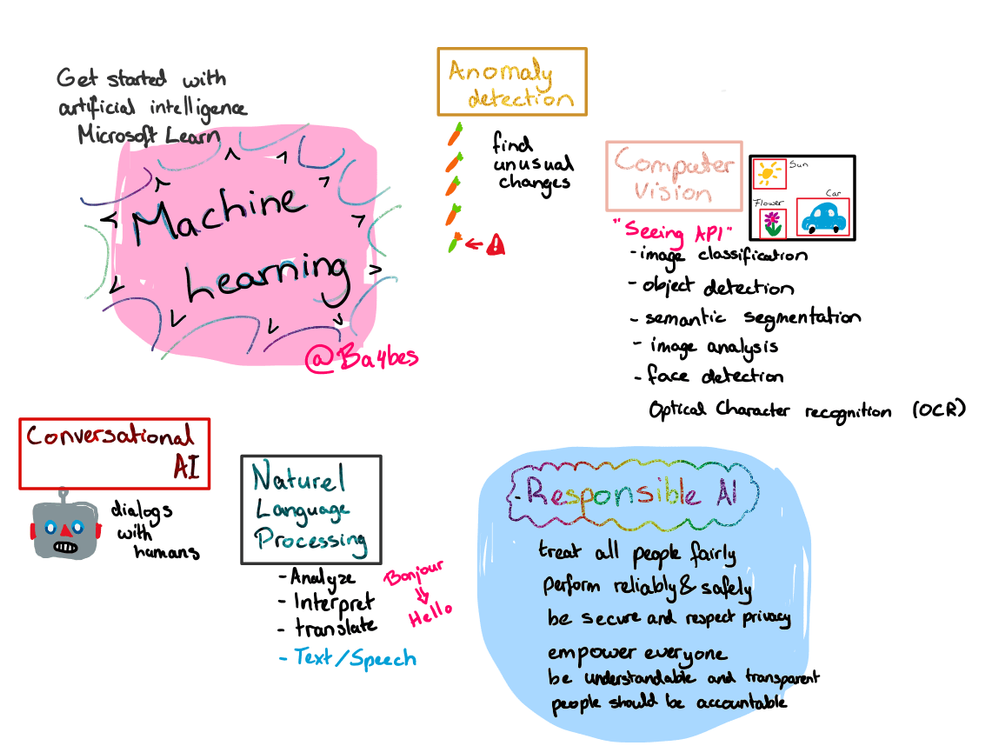