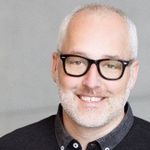 We’re excited to introduce a new blog series that explores the concept of continuous learning across different audiences, and will start with releasing five blogs within the next couple months to discover the learning journeys of our customers, partners, employees, and future generations. Today, we kick off the series with a peek into how Microsoft is working with universities and colleges around the world to help skill future generations using Microsoft technologies.

In the East Midlands of England, you cannot miss a small, picturesque cathedral town, originally settled in the Roman age. With a population of 100,000, the city of Lincoln features well-known landmarks, such as Lincoln Cathedral, the tallest building in the world for over 200 years, and the 11th-century Lincoln Castle. It is also home to the University of Lincoln, a public research university, recently named number 17 in the prestigious, annual Guardian University League Table 2020. As of May 2020, the school also holds another important distinction: one of the first educational institutions in the world to certify a group of students on Microsoft Azure Fundamentals.

Lincoln is one of 16 higher education institutions that joined the global program to help skill future innovators, launched by Microsoft to kick off its ‘Future Skills Initiative.’ This work and the lesson from it informed the recently-announced Microsoft Learn for Educators program. The skills initiative has one simple goal, according to Rachel Wortman Morris, Ph.D., Business Program Manager at Microsoft: empower students with Microsoft technology skills.

“We kicked off our initiative in January to test out what it means to skill-up students and certify them to be future-ready on Microsoft technologies through their existing classes and with their own faculty members at colleges and universities around the globe,” said Wortman Morris. “This effort helped us learn how we best support faculty members and their students who want innovative with hands-on, technical content from Microsoft as a part of their curriculum.”

University of Lincoln: Certification success in times of COVID-19

Lincoln is one of six universities spread out over the United Kingdom (UK) that participated in the program. And despite the challenges posed to professors and students by the imposed restrictions in the country due to the Corona Virus pandemic outbreak, Lincoln succeeded in skilling more than 100 participating students in Microsoft Azure fundamentals. The cohort used online lectures, workshops and created a group channel on Microsoft Teams to all work together virtually and ask questions.

“Adding certification opportunities for our students on top of their degree is a unique selling point for Lincoln, as not many universities in the UK offer this,” said Lincoln professor Derek Foster, who taught the Azure Fundamentals course for the first time this past semester. “This is extra-curricular study for our students but takes them a step beyond the Microsoft Technology Associate certifications that we already offer. We’re planning to expand this program in the next few years and offer a package with additional certification opportunities in AI, Power Platform and Data fundamentals.”

But Lincoln was not alone in their early certification success. Across the pond, back in The United States, another key participant in the program was a much larger institution that has also taken a unique approach to skilling their technology students; the University of Cincinnati (UC). Founded in 1819, UC is the oldest institution of higher education in the city with an annual enrollment of over 44,000 students and a university IT program, which has also partnered early with Microsoft to get students certified on Microsoft Azure Fundamentals.

“We are taking a wholistic approach, viewing this as an integrated supply chain to provide students with more than just a degree,” said David Adams, Chief Innovation Officer at the University of Cincinnati. “We’ve developed relationships with businesses in the region to deeply understand their current, future, and on-going ‘talent needs’ and are leveraging our university’s experienced-based and educational resources to deliver. We essentially see ourselves as a developer of talent and, as with any supply chain, are seeking to do this is the most efficient and agile manner possible to meet the needs of the market.

Enter the University of Cincinnati partnership with Microsoft to bolster its Cooperative Education (Co-Op) program, which delivers thousands of Co-Op placements each year in over 1,300 companies in 44 states and 22 countries around the globe. The University of Cincinnati founded the Co-Op program, ranked #1 in the US for experiential learning, and students generated in excess of $75M in personal income last year. As the Chief Innovation Officer and architect of the recently announced Cincinnati Innovation District, Adams looks at Co-Op as a foundation to make the region around Cincinnati a global technology hub, much like he has seen in other parts of the country.

The UC program has expanded the offering of Microsoft training curriculum beyond the traditional technology degrees to promote a concept Adams calls ‘digital fluency’ for non-technical career paths. Not only is it one of the first universities to successfully certify 90% of the inaugural class of students on Microsoft Azure Fundamentals, UC has partnered with 30 school districts across the state of Ohio and currently have 1300 high school students enrolled in classes through the Early College IT program. Students can start classes on-line or in person as early as their freshman year, earning one year of college credit as they graduate, free of charge, which eliminates the affordability and access barriers to college.

“The partnership with Microsoft helps UC integrate technology certifications for both the high school programs and the Information Technology bachelor program,” adds Bunty Ranu, a cloud solutions architect at Microsoft, who recently returned to his alma mater to teach and augment the Azure Fundamentals course at UC. “Our vision is that Microsoft will partner with UC across programs in all facets of IT, from development to database to networking, and provide better content, while adding more certifications over time.”

Microsoft also added a new series of learning paths to inspire and challenge students to build with social impact and responsibility in addition to the foundational developer paths designed especially for students. The curriculum is designed to help to make these courses easy to teach for faculty, as the student population in universities become more and more diverse as digital transformation forces traditional companies to cross the technology chasm.

“As a mature student coming back to school after a 25-year career in manufacturing engineering, I thought it was a fantastic opportunity,” said Garry Clawson, one of the students who recently was certified in Microsoft Azure Fundamentals at the University of Lincoln. “There is a group of mature students in this course and learning new technologies is becoming essential. The idea of getting a degree when you’re 21 and working nonstop is just not going to happen anymore with technology moving so fast. In today’s world you have to constantly change and relearn. It’s a mindset shift for sure.”