Turn on suggestions
Auto-suggest helps you quickly narrow down your search results by suggesting possible matches as you type.
Showing results for
Show  only  | Search instead for
Did you mean:
Microsoft Certifications: Moving up in IT with Chris Dinnel
By 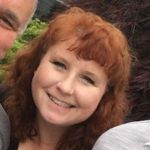 Microsoft Certifications: Moving up in IT with Chris Dinnel

When a race that Chris Dinnel had been training for was canceled in 2020, he used the time for a different kind of training and earned the first of three Microsoft Certifications. Not long after, the effort paid off in a new job more closely aligned to his career goals.

We recently spoke with Dinnel, now Dynamics 365 Administrator/IT Technician at SBS CyberSecurity, to find out more about how preparing for and earning certifications helped his career and how he worked with the exam prep content on Microsoft Learn.

As a system administrator with a cybersecurity background, Dinnel was looking for something new. “My interest was shifting more to cloud infrastructure,” he explains. Dynamics 365 caught his eye when he researched it for a possible project at the company where he previously worked. Even though the project didn’t pan out, his interest remained.

Around this time, his summer vacation plans fell through—like so many plans in 2020. Instead of competing in a challenging physical endurance race, he used the time off to challenge himself mentally and began studying for the Microsoft Certified: Azure Administrator Associate certification, which required that he pass Exam AZ-104.

He studied the course content on Microsoft Learn. “There’s a ton of valuable materials there, and it’s free. I told myself, ‘Let’s see what happens!’”

To stay on track, he used the lure of certification. He spent a few months studying the Azure Administrator coursework before taking—and passing—the exam. When he saw that this material was a prerequisite for Microsoft Certified DevOps Engineer Expert certification (Exam AZ-400), he decided to study that next and see if he could earn another certification.

“I just studied hard and kept asking myself, ‘Is this something I want to get into?’” The exam prep became a way of exploring career paths and assessing his next steps as he looked for a new job. “Along the way, I realized that I didn’t want to go back to the type of programming I used to do,” he notes.

“If there’s an opportunity, I’m open!”

When Microsoft sponsored a free Virtual Training Day event for Microsoft Certified: Dynamics 365 Fundamentals certification (Exam MB-901), Dinnel signed up. These types of events give participants the opportunity to expand their skill sets and to connect with Microsoft experts, which he did.

“Once I got into Dynamics 365 fundamentals, I was really impressed with the quality of the training and how engaging the content was,” he explains. “It sparked this new interest in the whole concept of the ‘dataverse.’”

Dinnel was so impressed with the Virtual Training Day event for Dynamics 365 that he posted about it on LinkedIn, praising the instructor, Microsoft Technical Trainer Chelsea Lee.

Lee noticed the post and replied, as did an old programming friend of his. The friend wondered how interested Dinnel was in Dynamics 365, because it just so happened that his company wanted to add an in-house Dynamics 365 administrator to its workforce.

“I said, ‘That sounds like a great pivot,’” Dinnel remembers. “I said, ‘If there’s an opportunity, I’m open!’” After a round of interviews, he landed the job—just a few months after starting his self-directed learning odyssey.

“A very good way of presenting the content in a concise, down-to-earth way”

Microsoft started Virtual Training Days in 2020 to provide a free resource to people who wanted to know more about Microsoft products, like Dynamics 365. The fundamentals event is two half-days of training that prepare the participants for certification exams.

Dinnel mentioned the convenience of the half-day programs. “The scheduling made it easy to get time off, rather than a whole day where you’re completely unavailable.”

He points out that not only did the format work well, but also the quality of the training was impressive. “Chelsea was very engaging, and she had a very good way of presenting the content in a concise, down-to-earth way that also was easily understandable in real-world terms. That’s what mattered to me.”

Next year, Microsoft plans to roll out more Virtual Training Days to include additional Dynamics 365 technologies.

Virtual Training Days are free to all participants. Microsoft creates the content, and experienced technical trainers like Lee teach the classes.

In addition to the two-day fundamentals trainings, five-day instructor-led programs are available, based on organizational roles, such as administrator, system architect, and developer. These role-based certifications guide participants along a learning path specific to the role they have or aspire to.

In addition, Microsoft Learning Partners can help individuals and organizations meet their training and development goals. Learning Partners are expert consultants that can customize a program uniquely suited to individual and group needs. Many offer hands-on labs, a mix of self-paced and classroom training, custom content, role-based learning paths, exam and certification prep, and more.

“One of the most valuable things I’ve learned so far”

The Dynamics 365 fundamentals training gave Dinnel more insight into relational database structures—something he hadn’t studied in the past. “I’m not a database administrator, but technically, that’s been one of the most valuable things I’ve learned so far,” he explains. “Just drawing the lines between tables, getting exposure to different aspects of data structures—I’m really enjoying that.”

Dinnel may have missed that race last summer, but he came out ahead anyway with three Microsoft Certifications that led to a better paying position as a Dynamics 365 system administrator. He spent about two months studying before he earned his first certification. Within six months, he had a new job that he loves.

“When I started interviewing, I had a gap in my résumé in hands-on experience with different technologies,” he explains. “Ultimately the certifications were the foundation on which I could build practical experience.”

When asked to offer advice to others looking to move in a new direction, Dinnel notes that there’s no substitute for hands-on experience. “But certification is a great way to show people that you can take initiative and communicate that kind of abstract concept, like self-motivation, that is otherwise hard to show on a résumé.”

Want to pursue your own learning journey in Dynamics? Check out other Dynamics 365 certifications. As Dinnel points out, “The majority of employers know that the skills will have to be taught on the job, regardless of the amount of training. But the certifications are a great way to get exposed to technology and learn new things.”