Turn on suggestions
Auto-suggest helps you quickly narrow down your search results by suggesting possible matches as you type.
Showing results for
Show  only  | Search instead for
Did you mean:
Confidently modernize to cloud authentication with Azure AD staged rollout, now generally available
By

Moving your Azure AD authentication from federation services to the cloud allows you to manage user and device sign-in from a single control plane in Azure AD. Some of the benefits using cloud authentication include reducing the dependency on on-premises infrastructure, which typically includes a farm of servers and proxies that need to be accessible from the internet. In addition, you can take advantage of security capabilities like: Azure AD multifactor authentication (MFA), Conditional Access, Identity Protection for leaked credentials, Identity Governance, and more.

New with the general availability, we’ve added the ability to monitor the users and groups added or removed from staged rollout and users sign-ins while in staged rollout, using the new Hybrid Auth workbooks in the Azure portal.  In addition, we’ve built a staged rollout interactive guide to help you learn more and deploy this feature. 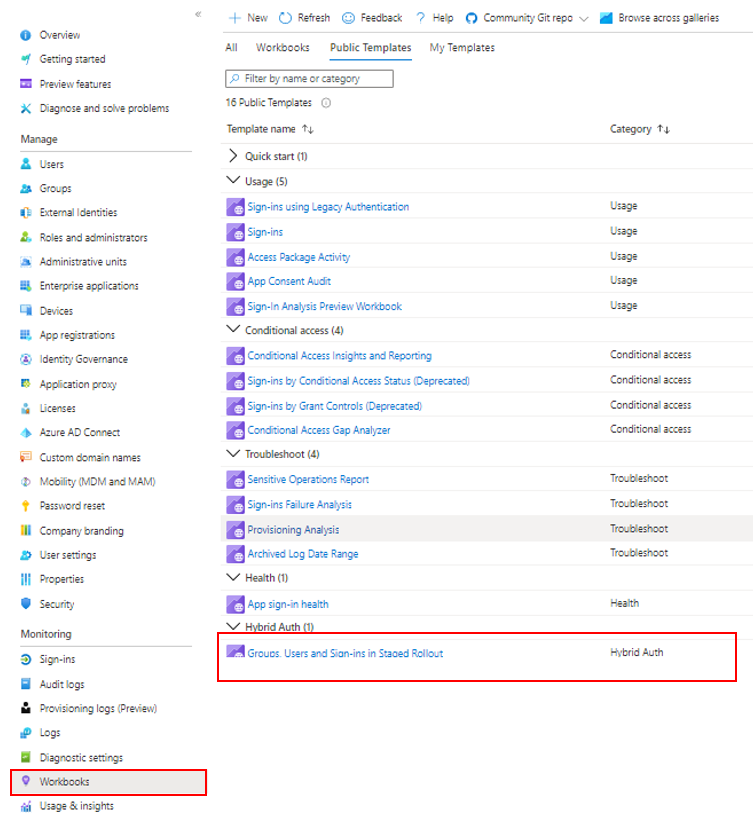 As always, we’d love to hear your feedback or suggestions in the comments or on Twitter (@AzureAD).