Turn on suggestions
Auto-suggest helps you quickly narrow down your search results by suggesting possible matches as you type.
Showing results for
Show  only  | Search instead for
Did you mean:
Azure AD and third-party apps: It’s a bigger deal than you might think!
By

First published on CloudBlogs on May, 01 2017
Howdy folks, Today I've got a new batch of data to share that I hope many of you will find interesting and useful. Those of you who follow the blog know that Azure AD works well with a ton of applications and that our app gallery features over 2,800 pre-integrated third-party apps. (Third-party meaning apps that were written by someone other than Microsoft). But did you ever wonder which apps people use the most? Or how many people use Azure AD with third-party apps? Well today your questions will be answered. Let's start with the top-level numbers. Those are some really big numbers. They give you an idea of just how big the use of Azure AD as a cloud IDaaS service is. Even more exciting for us is how fast usage is growing, both in terms of the number of unique active users and unique active applications. Let's take a look at the growth in these numbers over the last 12 months: 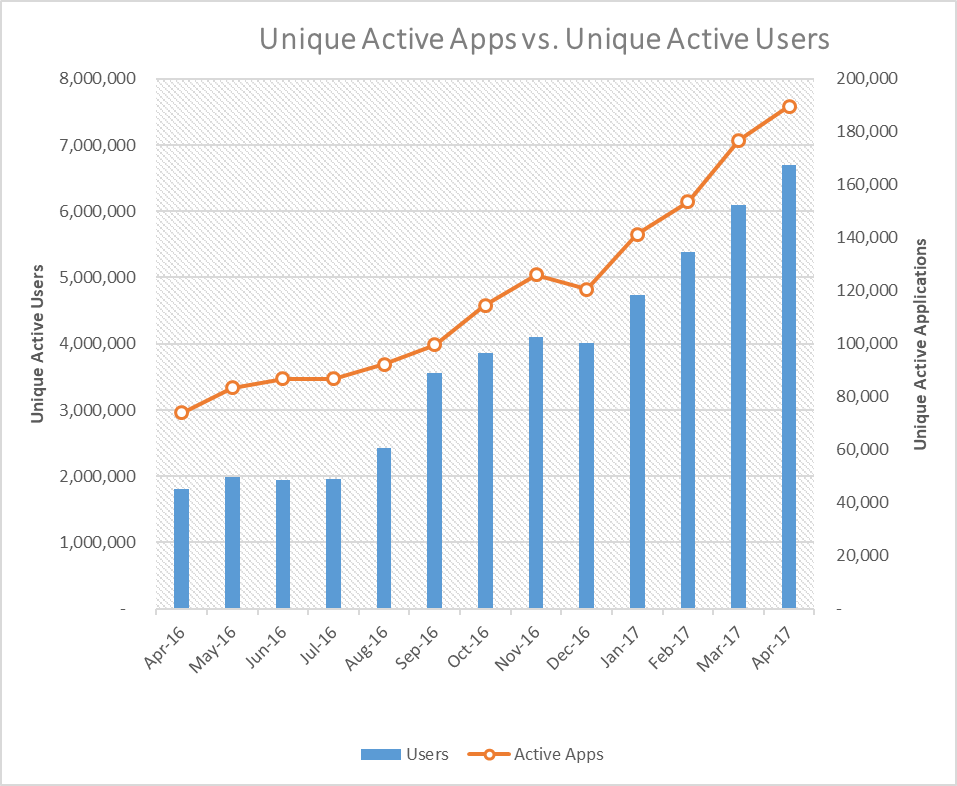 The number of Azure AD tenants (a good proxy for customers) that have a user using third-party apps is growing at a similar pace: 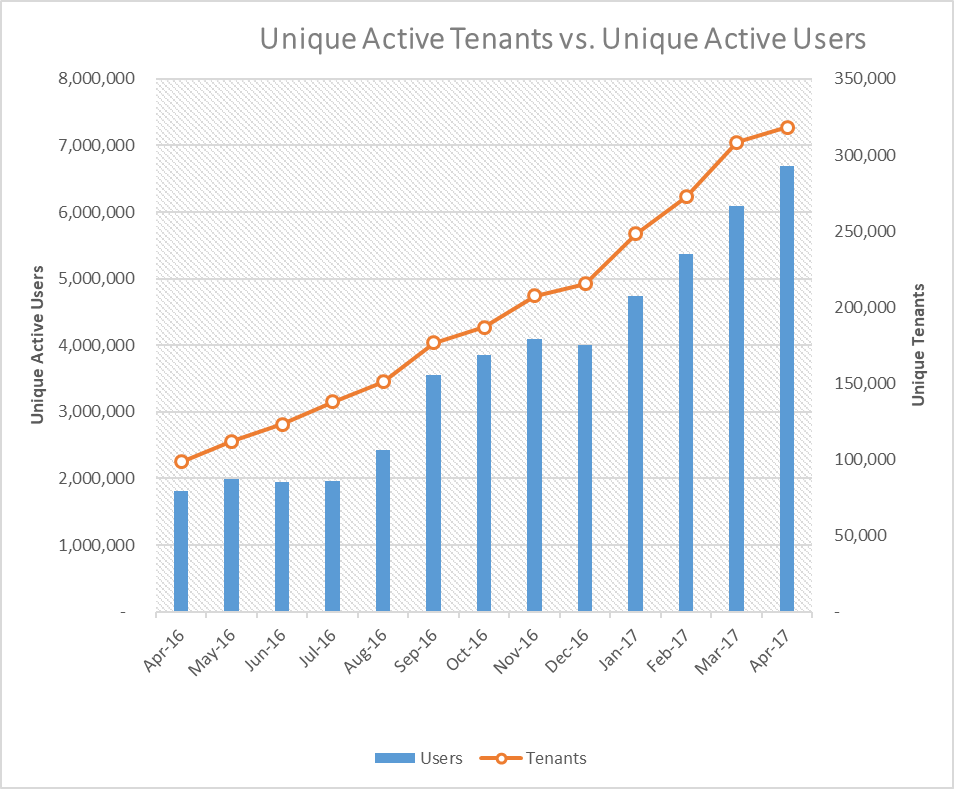 Now, you might also be wondering: what kinds of apps are these people using? 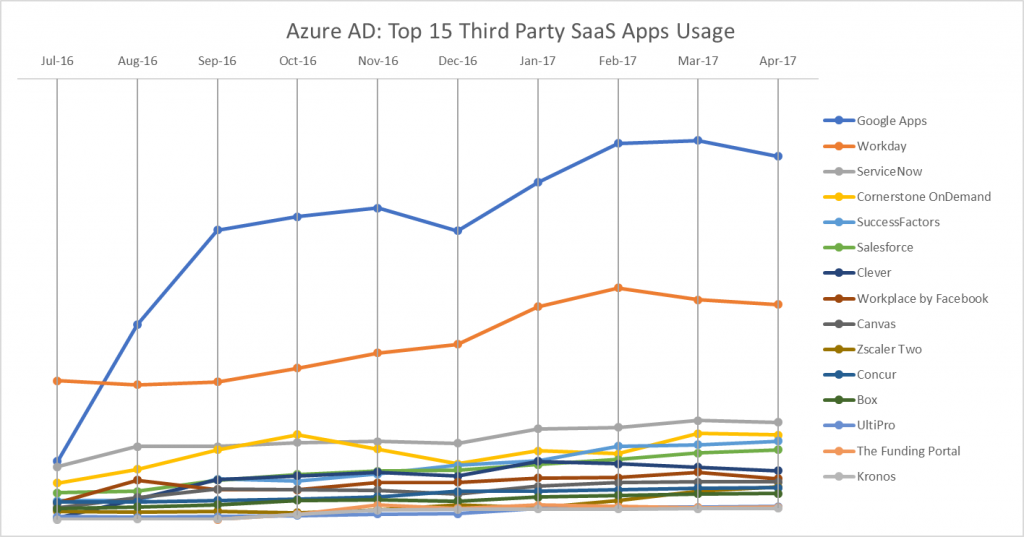 Pretty cool, right? Who would have guessed that there would be a lot of customers using Azure AD with Google Apps, Workday, or ServiceNow? When we started working on Azure AD Premium five years ago, I hoped this would be the case. It's exciting to see it's happening!

Hopefully this was interesting information, and you found it useful. If we see a lot of interest, I'll start publishing this data on a regular basis. And thanks to our customers for betting on us and making this happen. We really appreciate your vote of confidence and we wouldn't be here without the awesome input and feedback you've given us. Best Regards, Alex Simons (Twitter: @Alex_A_Simons ) Director of Program Management Microsoft Identity Division
0 Likes
Like