Turn on suggestions
Auto-suggest helps you quickly narrow down your search results by suggesting possible matches as you type.
Showing results for
Show  only  | Search instead for
Did you mean:
Azure Active Directory, now with Group Claims and Application Roles!
By

First published on CloudBlogs on Dec, 18 2014
Howdy folks, Today I'm pleased to announce the preview release of two new features of the Azure AD authorization platform: group claims and application roles. As of Monday (12/15), 5565 third party and custom LOB applications (note: this number does not include the 2400+ SaaS apps in the Azure AD App Gallery) were being actively used with Azure AD and support for these additional claims is one of the top requests we've received from the developers of those applications. These features make it simple for developers to integrate access management of their cloud applications with groups in Azure Active Directory. To learn more about these features, read on!

When the groups claim is enabled for an application, Azure AD includes a claim in the JWT and SAML tokens that contains the object identifiers (objectId) of all the groups to which the user belongs, including transitive group membership. 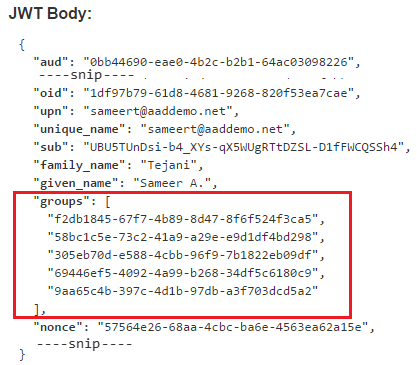 To ensure that the token size doesn't exceed HTTP header size limits, Azure AD limits the number of objectIds that it includes in the groups claim. If a user is member of more groups than the overage limit (150 for SAML tokens, 200 for JWT tokens), then Azure AD does not emit the groups claim in the token. Instead, it includes an overage claim in the token that indicates to the application to query the Graph API to retrieve the user's group membership. 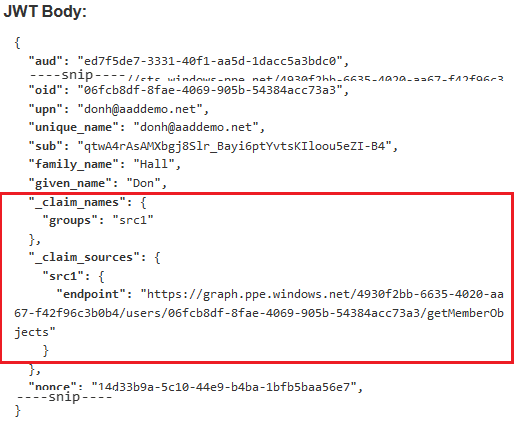 Conceptually, this is similar to Active Directory's capability of including token groups in Kerberos tickets and the file server application allowing users to share access to files with AD security groups. See the new groups claim sample published in the Azure AD samples github repo: https://github.com/AzureADSamples/WebApp-GroupClaims-DotNet Read this deep dive post to learn how you can implement groups claim for your app: http://www.dushyantgill.com/blog/2014/12/10/authorization-cloud-applications-using-ad-groups/ 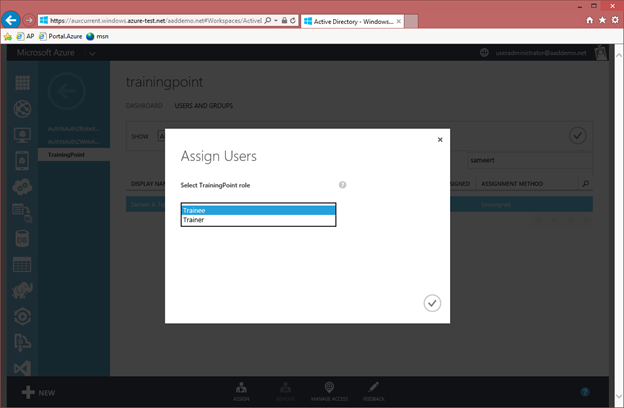 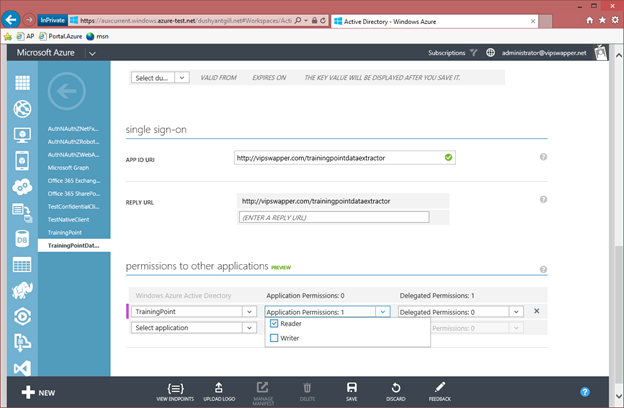 See the new application roles sample published in the Azure AD samples github repo: https://github.com/AzureADSamples/WebApp-RoleClaims-DotNet Read this deep dive post to learn how you can implement application roles for your app: http://www.dushyantgill.com/blog/2014/12/10/roles-based-access-control-in-cloud-applications-usi... I hope you'll find these new feature useful for building applications! And as always, we'd love to receive any feedback or suggestions you have. Best Regards, Alex Simons (Twitter: @Alex_A_Simons ) Director of Program Management Microsoft Identity and Security Systems Division
1 Like
Like
4 Comments