Multi-layer defense against attacks that abuse the .settingcontent-ms file type 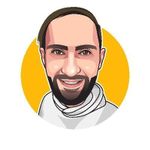 Multi-layer defense against attacks that abuse the .settingcontent-ms file type

Attackers are always on the lookout for new ways to infiltrate systems and networks. Not long after security researcher Matt Nelson detailed a way to abuse the .settingcontent-ms file format to load shell commands, cybercriminals experimented with ways to use this technique in attacks.

Microsoft 365 has multiple layers of defense against this new attacker technique. These protections include mitigations in Office 365, as well as detection and investigation capabilities in the Windows Defender Advanced Threat Protection (Windows Defender ATP) unified security platform.

Figure 1. Office 365 apps will not allow the activation of objects that link to file name extensions considered high risk

Attack surface reduction capabilities in Windows Defender ATP provide a set of built-in intelligence that can block underlying behaviors used by malicious documents. The following Attack surface reduction rules, updated immediately after the attacker technique was made public, protect against attacks that use documents with .settingcontent-ms objects:

The following rule, also in preview, protects against emails that have .settingcontent-ms objects embedded: 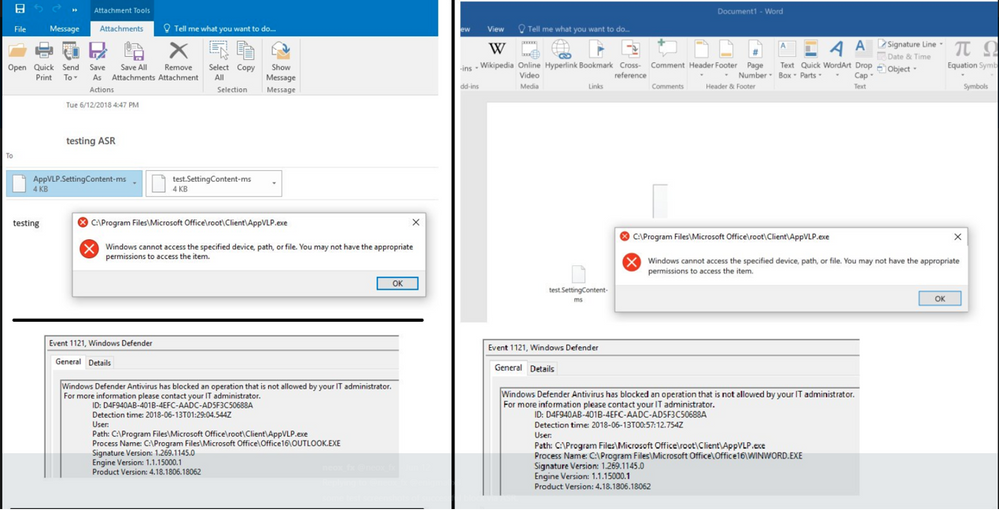 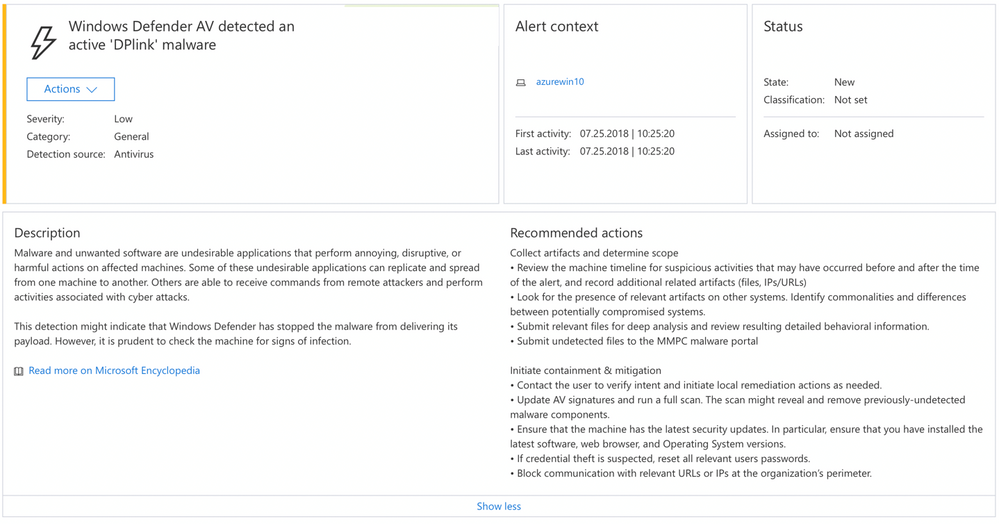 As a reminder you can find the above query and many more samples Advanced hunting queries in our GitHub repository.