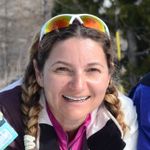 The Lightweight Directory Access Protocol (LDAP) protocol is heavily used by system services and apps for many important operations like querying for user groups and getting user information. It’s a prime target for Active Directory attacks, Kerberoasting, and other reconnaissance steps after attackers have infiltrated a network.

Attackers are known to use LDAP to gather information about users, machines, and the domain structure. Attackers can then take over high-privileged accounts by finding the shortest path to sensitive assets. Spotting these reconnaissance activities, especially from patient zero machines, is critical in detecting and containing cyberattacks.

A new LDAP extension to Windows endpoints provides visibility into LDAP search queries. This instrumentation is captured by Microsoft Defender ATP, allowing blue teams to hunt down suspicious queries and prevent attacks in their early stages. In this blog we’ll demonstrate how you can use advanced hunting in Microsoft Defender ATP to investigate suspicious LDAP search queries.

To demonstrate how the new LDAP instrumentation works, I set up a test machine and installed the popular red-team tool BloodHound and used SharpHound as data collector tool to gather and ingest domain data. SharpHound uses LDAP queries to collect domain information that can used later to perform attacks against the organization:

Microsoft Defender ATP captures the queries run by Sharphound, as well as the actual processes that were used. Using a simple advanced hunting query that performs the following steps, we can spot highly interesting reconnaissance methods:

Here are some sample queries: 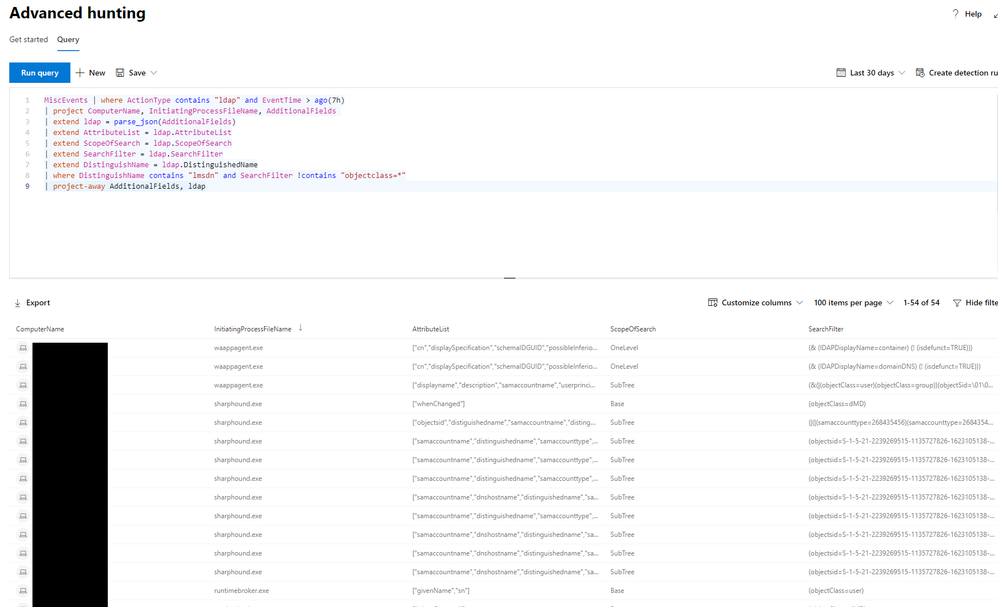 One of the results that caught my attention is a generic LDAP query generated by sharphound.exe that aims to collect many different entities from the domain:

Breaking this search query into a visualized tree shows that this query gathers groups, enabled machines, users and domain objects:

When looking at SharpHound code, we can verify that the BuildLdapData method uses these filters and attributes to collect data from internal domains, and later uses this to build the BloodHound attack graph:

The Microsoft Defender ATP Research Team has compiled a list of suspicious search filter queries found being used in the wild by commodity and recon tools. This list provides insights and highlights interesting LDAP query filters originating from fileless or file-based executions:

This is just a partial list of recon tools; there are many more tools and modules out there that use the same method to collect information LDAP search filters. As we’ve learned from the case study, with the new LDAP instrumentation, it becomes easier to find them with Microsoft Defender ATP. For example, one of the queries above found the following files gathering SPNs from the domain: 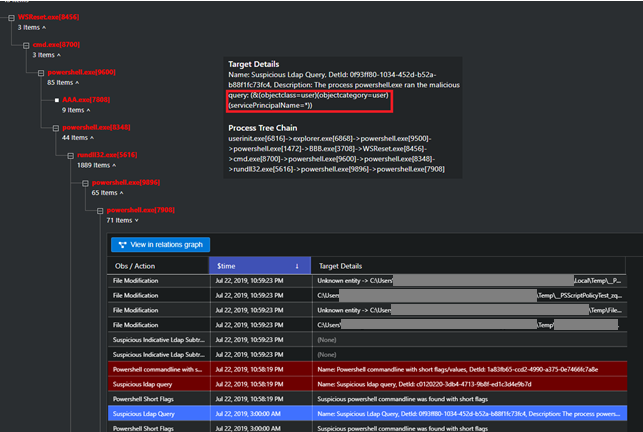 So you spot an interesting query, now what? We’re adding here a set of questions you might have during your next threat hunting work. We’re answering these questions based on our experience:

Q: Is this search filter generic (e.g., searching for all servers)? Did you spot wildcards?

A: In many cases we’ve observed, generic filters and wildcards are used to pull out entities from the domain. Usually, the filters were pointing to user information, machines, groups, SPNs, and domain objects.

Q: How often do you see this query? Did it try to run on many entities? Is it unique to the process or the user?

A: Anomalies can help you understand how common an activity is, and whether or not it deviated from its normal behavior. Uncommon queries originating from abnormal users, living-off-the-land binaries, injected processes, low-prevalent processes, or even known recon tools are areas that might be interesting to start investigations from.

A: Attributes can shed light on the intent and the type of data that is extracted. There is no real need to specify them, but in some cases, if appear, they can help understand what type of data was extracted.

Q: Is the scope of search is limited or multi-level (e.g., subtree vs. one-level)?

A: In many cases we’ve observed subtree search which intends to look at all child and based object which basically reduce the number of queries one would need to do.

Q: Did you find any additional artifacts for malicious activities?

As true for many hunting cases, looking in additional activities could help conclude if this query was truly suspicious or not.

With these new LDAP search filter events, you can expand your threat hunting scenarios. Advanced hunting is a powerful capability in Microsoft Defender ATP that allows you to hunt for possible threats across your organization. If you are not yet reaping the benefits of Microsoft Defender ATP’s industry-leading optics and detection capabilities, sign up for free trial today.