Turn on suggestions
Auto-suggest helps you quickly narrow down your search results by suggesting possible matches as you type.
Showing results for
Show  only  | Search instead for
Did you mean:
DynoRoot (CVE-2018-1111) exposed via Advanced Hunting
By 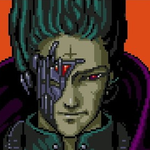 DynoRoot (CVE-2018-1111) is a remote command injection present in a script included by the DHCP client in Red Hat Enterprise Linux 6 and 7.

It allows a malicious attacker to run arbitrary commands on the attacked machine, in the highest privileges.

In the affected systems, the DHCP client has a script under "/etc/NetworkManager/dispatcher.d/". That script is executed each time NetworkManager receives a DHCP response from a DHCP server.

Unfortunately, the script has a command injection, as it evaluates DHCP options sent from a rouge server:

Have I been breached?

In collaboration with our sensor partners, the Windows Defender Advanced Threat Protection team is monitoring your Linux machines. We have released an  Advanced Hunting query that you can run to see the processes spawned from DHCP clients, and act appropriately.

Our partners at Ziften and us composed a video showing the attack, as well as the advanced hunting query that shows how to hunt for DynoRoot exploitation.